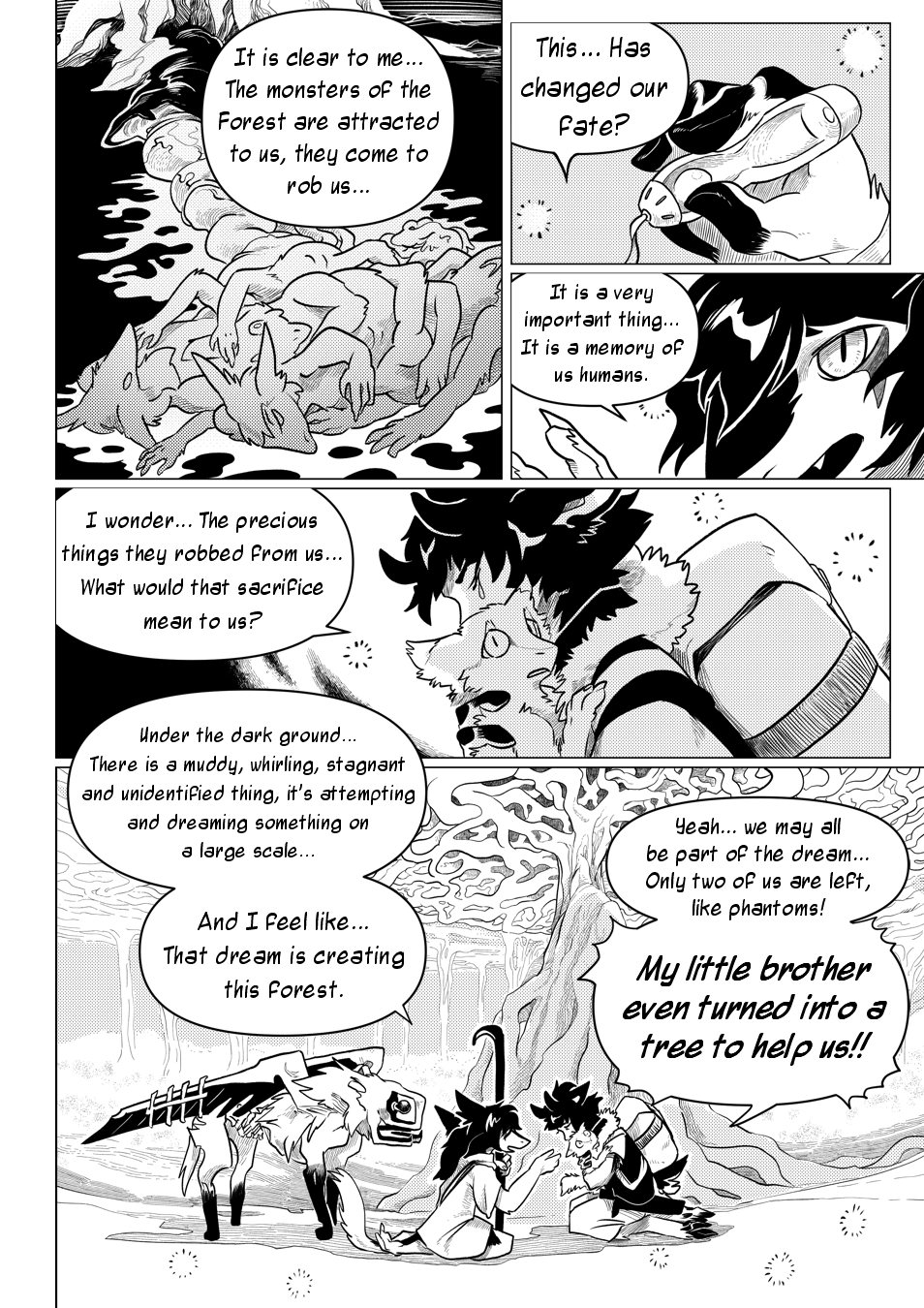 Ekay, with his hand still holding onto the Wolf Seal Stamp, inquires about it towards the unnamed Sergal, could such a thing hold the power to shape or alter their fate?

The unnamed Sergal peers at Ekay and motions that the seal, is a very important thing, a memory of humans.

While the malformed and twisted remains in the shape of Ekay’s former comrades, lay splayed out of the Housepecker in the background, the unknown Sergal begins to point out that the monsters within the forest are clearly drawn to them, with a singular purpose in mind, that is, of course, to slaughter and rob them of what they hold most dear.

Ekay responds with a tear in his eye, whilst clutching Fuzzball gently in his arms, questioning the weight behind their losses incurred, as well as the meaning of their overall sacrifices endured that ended up to this point.

The unnamed Sergal continues her musing whilst Zyn lays back behind her attentive, describing an unknown force that lays deep within the ground, it constantly writhes, twists and turns in its deep dream state, and that she feels as if that dream is the root cause for the creation of their surroundings and the forest itself.

Ekay then reaches a potential conclusion that they must all be part of a dream, as only two of them are left, like phantoms of a former whole, given the nature of events experienced so far, all the way up until his little brother turning into a tree in order to help safeguard them.