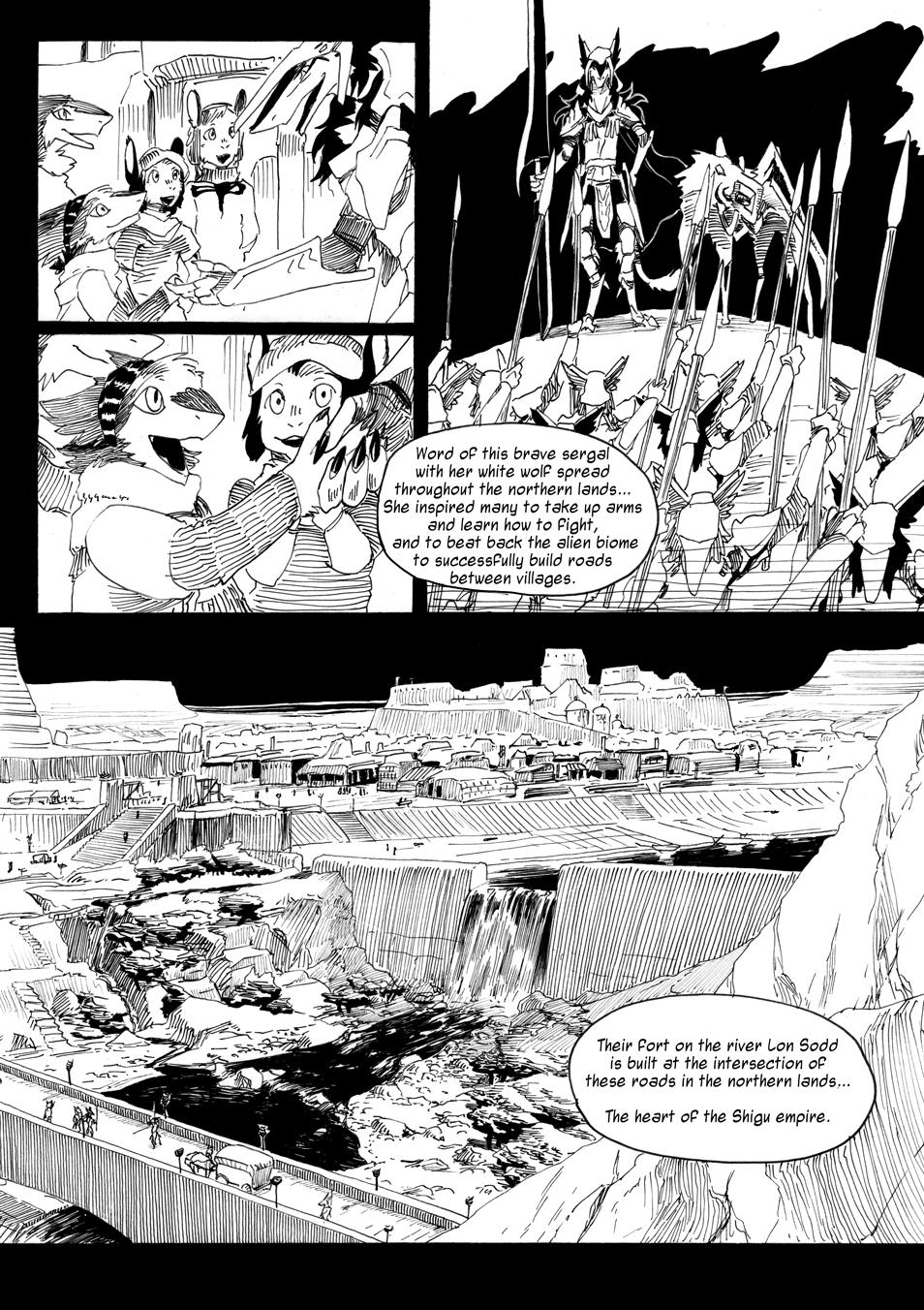 Tal’s Wolves a.k.a. Talyxian-Associators (wolf-type)
There’s an one kind of Talyxian creatures that are called “wolves” in Tal and you can see one standing next to Rain in this page. You can see more on them on the Vilous wiki page.
One standing next to Rain is named as Zyn, is the wolf-type Talyxian-Associator, and is considered the adoptive father of Rain Silves. You can know more about Zyn and his relationship with Rain on the Vilous wiki page.

Northern Agudners
Primary habitats of agudners are normally Southern and Eastern lands, but there’s very few members in Northern lands also. Such Northern agudenrs were generally quiet fellows, and a part of them had joined to Northern sergals group.