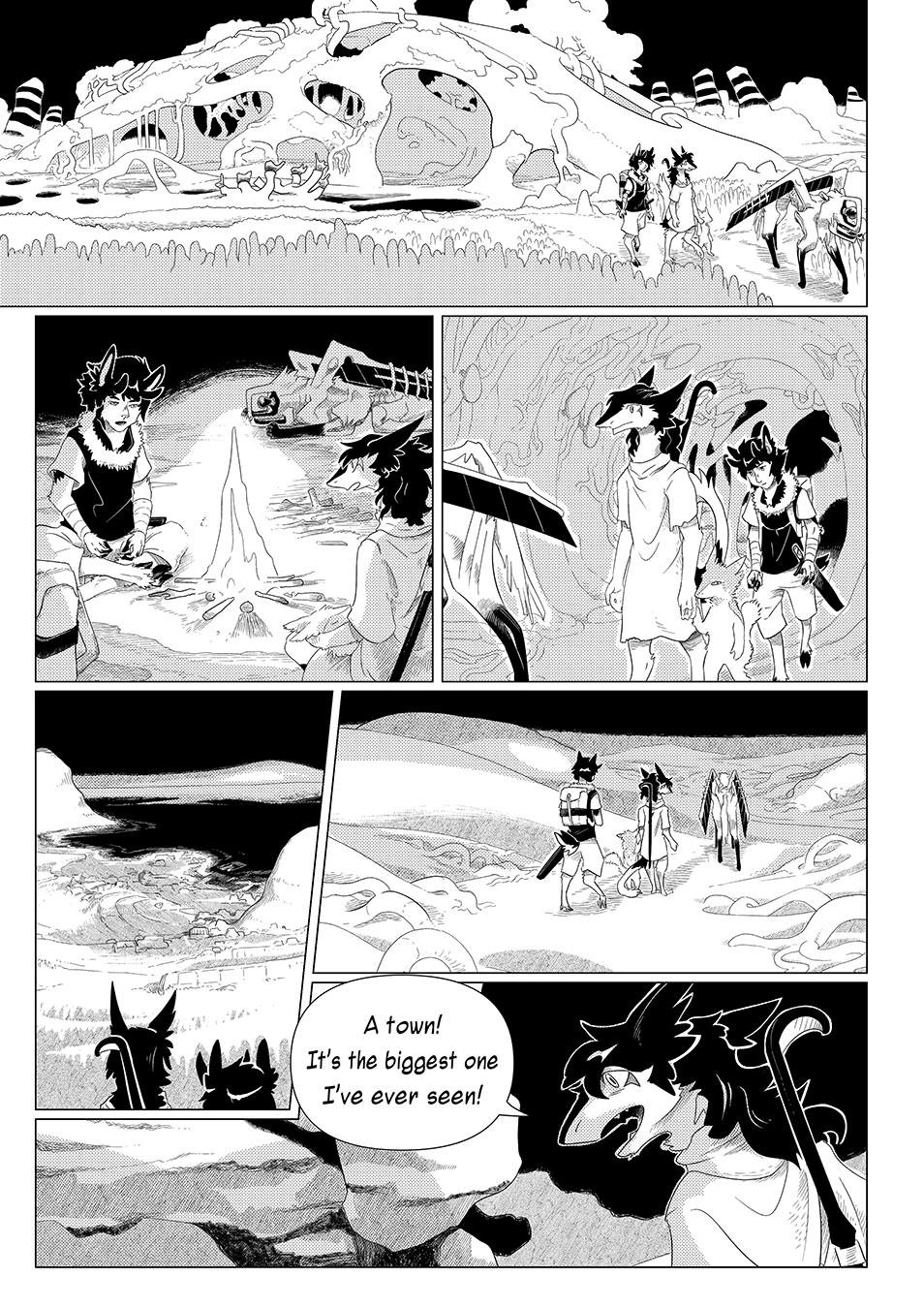 The group continues their trek along a naturally formed road, leaving a giant, fungal shaped formation behind them and Zyn. Eventually they make their way through a tunnel which leads them away from the forest and towards more safer plains. Dark has settled in and the group forms a makeshift camp, taking shelter next to a bonfire from the cold. At dawn, they travel through a handful of hills for a while, until in the distance, the first signs of civilization finally reveal themselves.

The group lay eyes upon the village of Adzma in the distance, alongside the lake bearing the same name.

Rain, in a rather enthusiastic tone and display of bewilderment on her face, remarks that it is the biggest town she’s ever seen in her life!