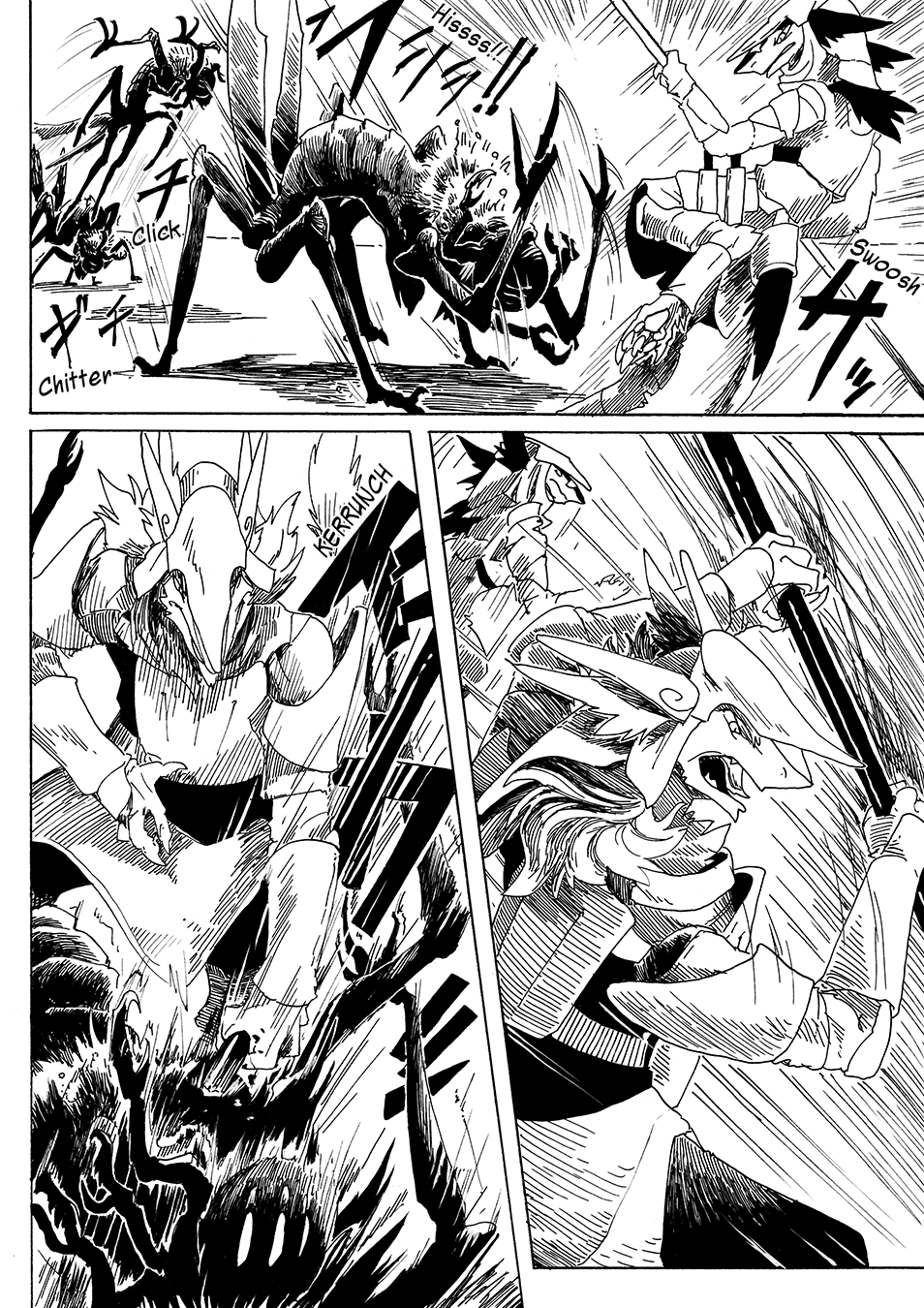 Previously, the arena announcer spoke of Yugo and Dalkis working together in tandem to take on the six venomous weasels. It’s now time to see this technique in action! Dalkis lures a weasel out, and just as the creature lashes out to strike, Dalkis swiftly dodges back and out of the way — just in time for Yugo to come in and deliver a fatal blow with his spear. One down, five to go!

Of course, the sergals aren’t the only ones with battle tactics — weasels have an attacking maneuver of their own! Their primary attack is to use their powerful front set of legs and rapidly swing them at their target, seen above in the first panel. The force alone can cause severe blunt-force trauma and stun their opponent or knock them to the ground. If that wasn’t enough, weasel legs are also equipped with sharp claws that can tear open flesh and cause severe bleeding.

Once a weasel’s prey is stunned and possibly bleeding, they swoop in to deliver a final coup de grâce — the venomous sting that they are infamous for. Seen on their heads, weasels have three separate stingers — and it only takes one to ruin your day. With five of these terrible creatures rapidly closing in on our heroes, will they yet prevail, or fall to such devious tactics?