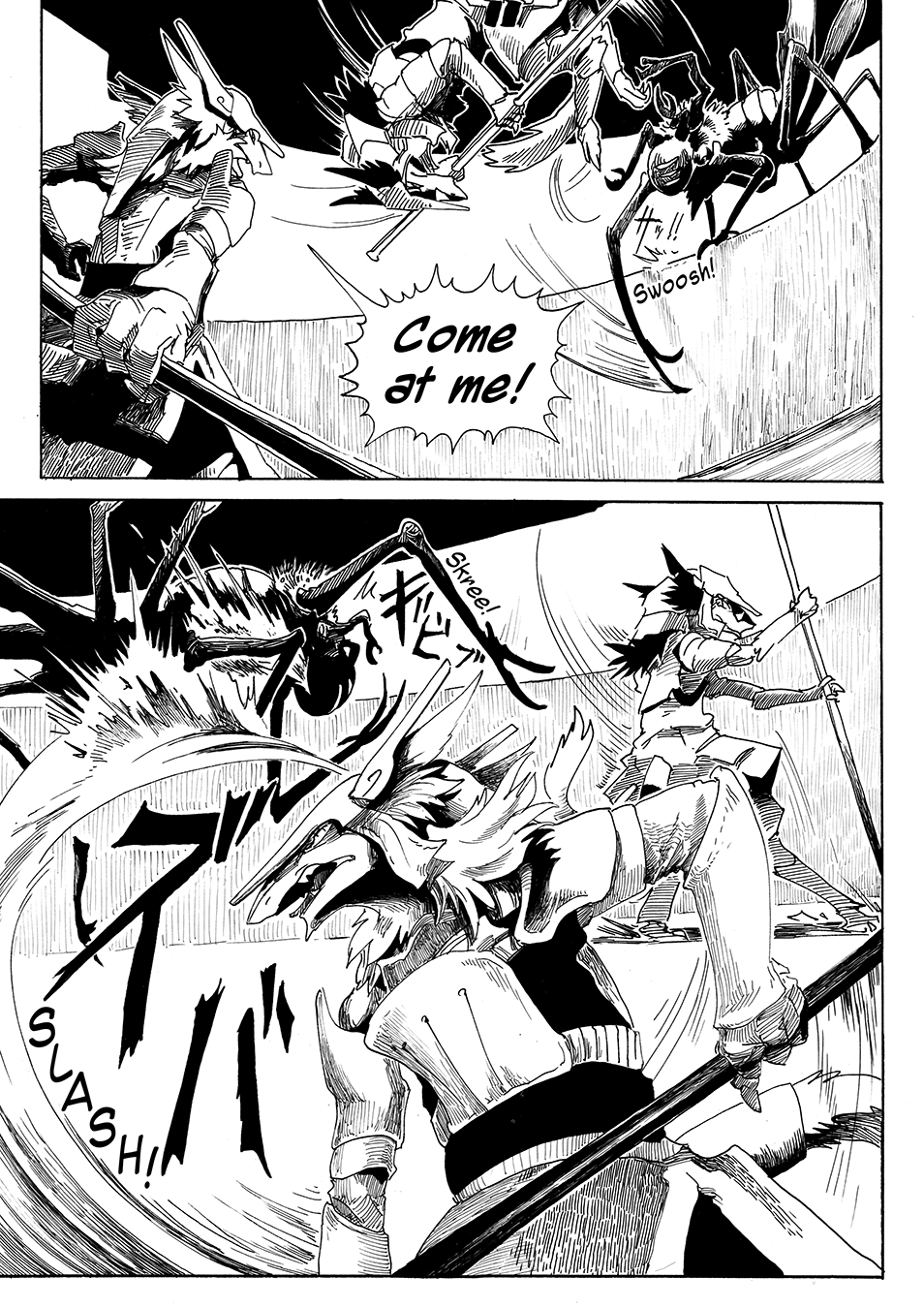 Reacting quickly, Dalkis dodges out of the way of the surviving weasel’s counterattack. With the angry Talyxian hot in pursuit, he makes his way to the center of the arena where Captain Yugo lies in wait in the central pit. With a powerful leap, Dalkis performs a graceful aerial somersault, narrowly dodging the weasel’s slashing foreleg attack.

With Dalkis safely on the other side of the chasm, Captain Yugo dispatches the pursuing weasel with a deft swing of his polearm. Yet another perfectly coordinated maneuver between Dalkis and Yugo!

Three weasels down, three to go!