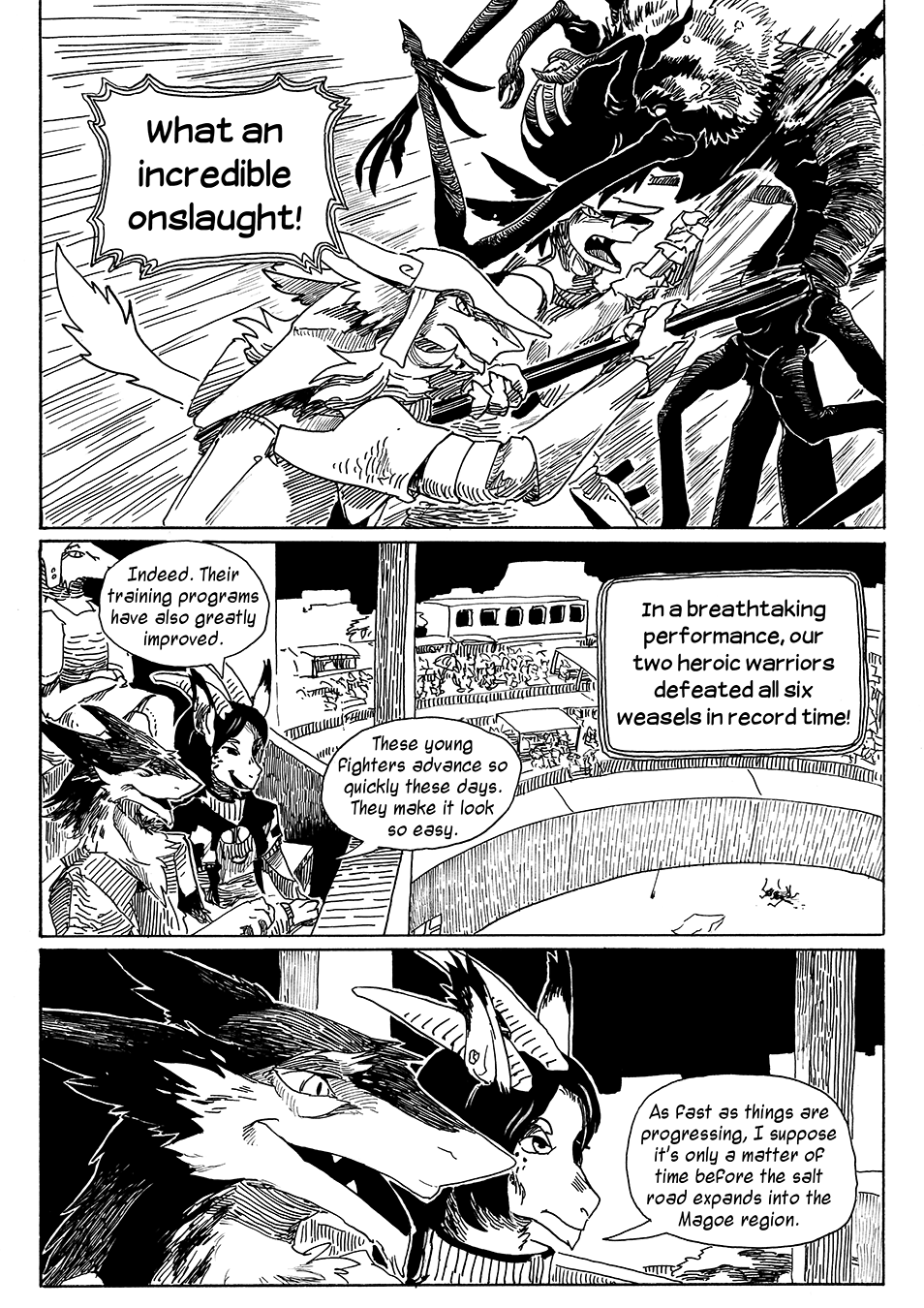 Captain Yugo and Dalkis have completed the challenge of defeating all six weasels, and have done so in an incredibly short amount of time. In the audience, an agudner and an old sergal watch the performance from their special box seating. Praising both the warriors and the recent advancements in combat training, they look to the future with awe.

Introducing our two newest characters, created by Kiki! First is Giten, an elderly sergal who is the Earth equivalent of 50 years old. He is a southern sergal that works as a butcher, a craft that deals with extracting meat and useful materials harvested from talyxian creatures. You can see color art of him here.

Next is Ahkoh, the younger male agudner who is 18 in Earth years. He works at a dye salon, where Eltus peoples can go to get a new beautiful look to their appearance! Dye salons are popular in the south, especially in the city of Gold Ring. Through cultural exchange, fur dying can also be found east in the Reono areas. You can see art of Ahkoh here, and see him in action dying a sergal here!