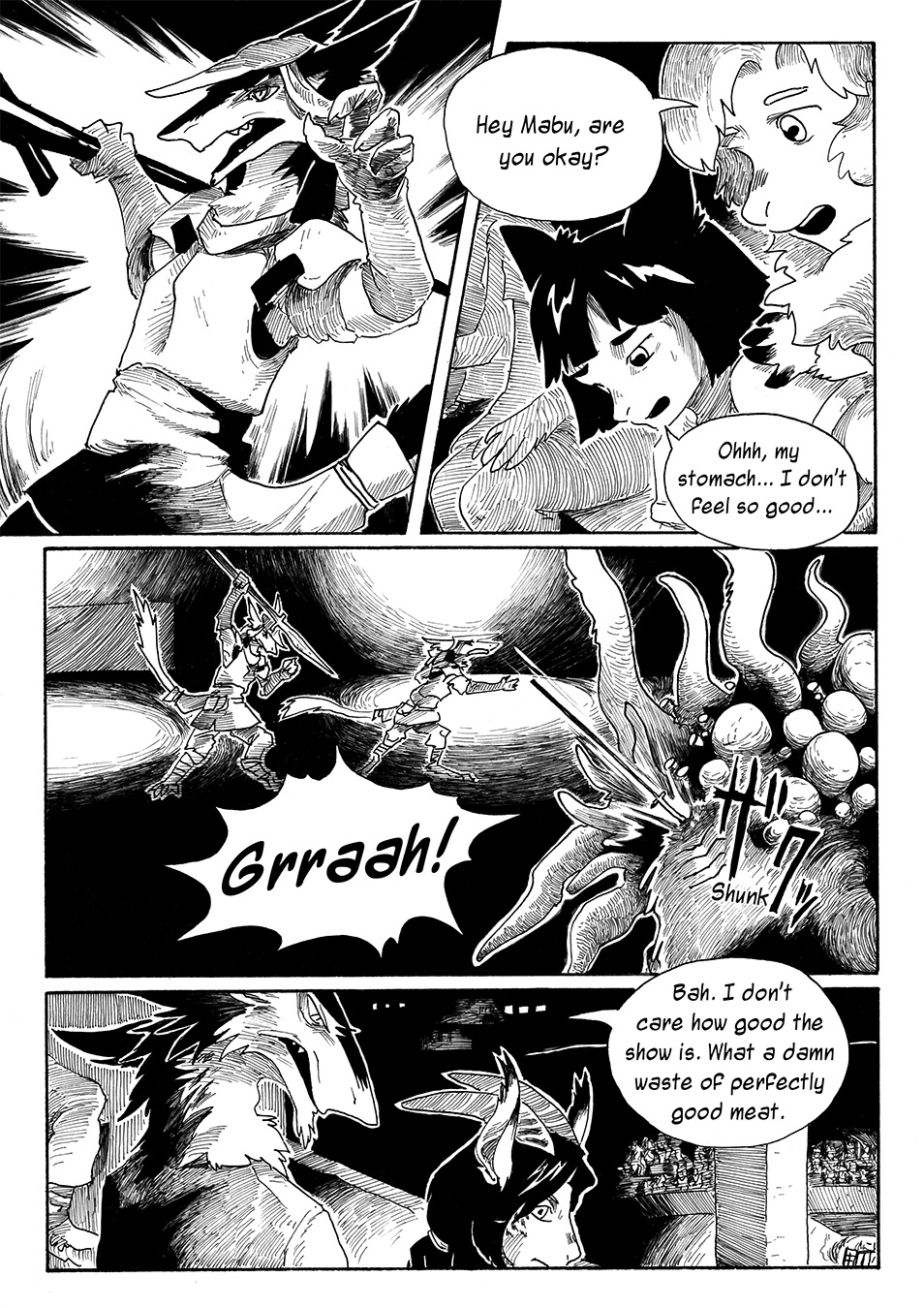 As the fight continues to heat up, we check in on our young friends to see how they are doing. The little agudner daredevil Mabu has finally begun to face the consequences of his reckless behavior with a nasty stomachache. He is beginning to learn the hard way that it takes time and training to build up what it takes to be able to compete for glory!

Meanwhile, the warriors begin their assault on the actinia. One of the sergal fighters hurls his throwing spear. With his aim true, he connects the first blow to the already-furious beast, causing it to bellow in pain.

Looking on from up above, Giten has returned to his seat to carefully observe the fight. Upon seeing the spear attack, Giten is none too pleased. Mentioned previously on page 24, certain body parts and organs of creatures like actinias — especially their livers — fetch high prices. A skilled butcher like Giten can properly extract these coveted tissues, but all will be for naught if one of the fighters lands a careless strike that ruptures or damages any of the prized organs and lowers their value. As far as Giten is concerned, these games are nothing more than a wasteful way to lower his profits and cheapen his craft.