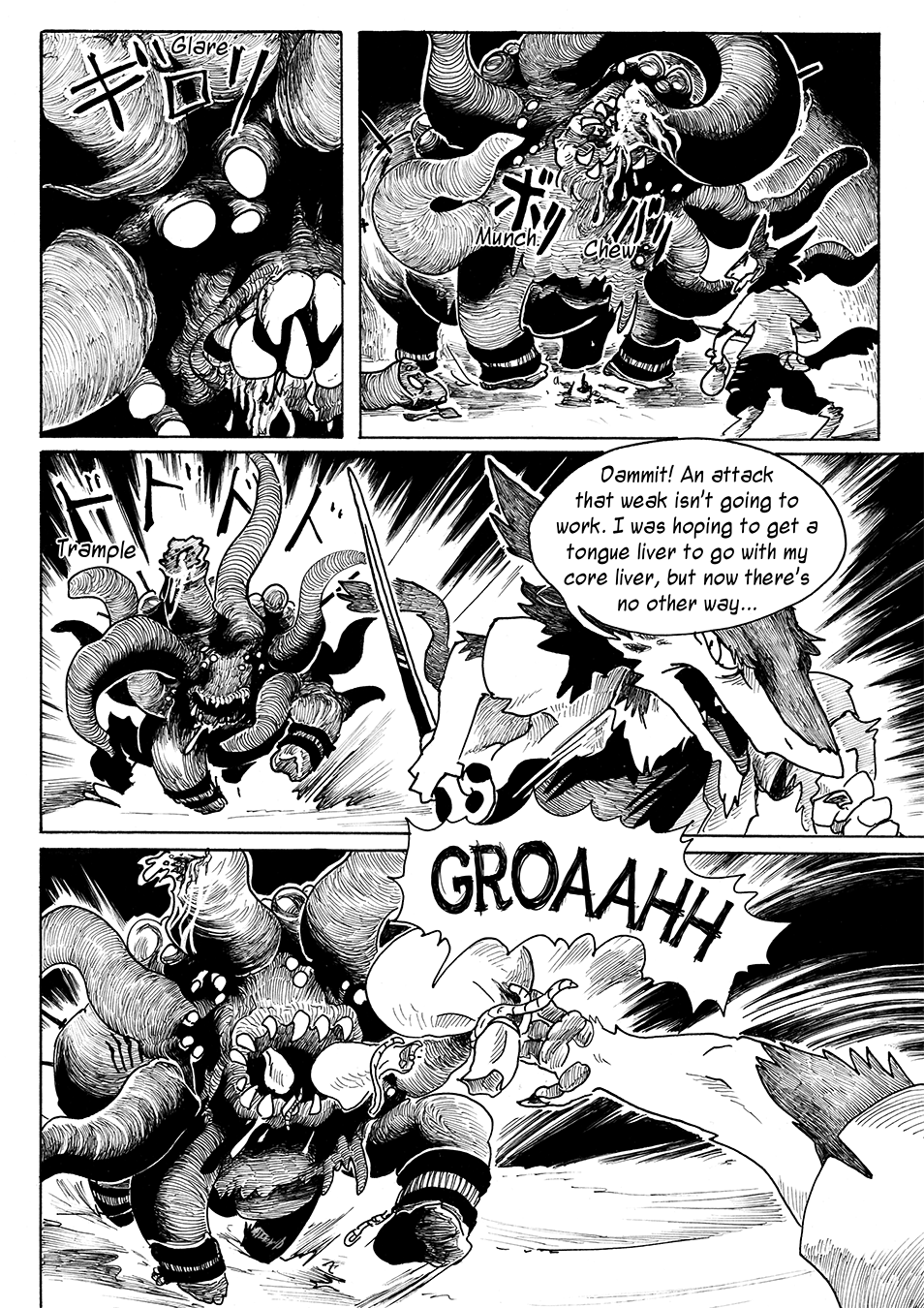 Much to his chagrin, Giten’s plan of attack by throwing salt on a freshly cut wound did not subdue the giant actinia. Instead, the beast relied solely on its anger to power through, gnawing at its own tentacle stump to remove the salt from it.

Giten has come up with an alternative solution: throwing the remaining salt into its maw, bag and all. However, this method may very well damage the “tongue liver” which is one of the precious organs which can be harvested from an Actinia. While Giten in unhappy with this, he realizes it is worth the sacrifice.

It is revealed that actinias actually possess multiple organs that the Eltus people refer to as “livers”. In this case, Giten has already been shown to be coveting the “core liver” throughout the chapter. However, he would love to get his hands on a pristine “tongue liver” as well. It is apparent that each of these livers seems to have a high value on their own.