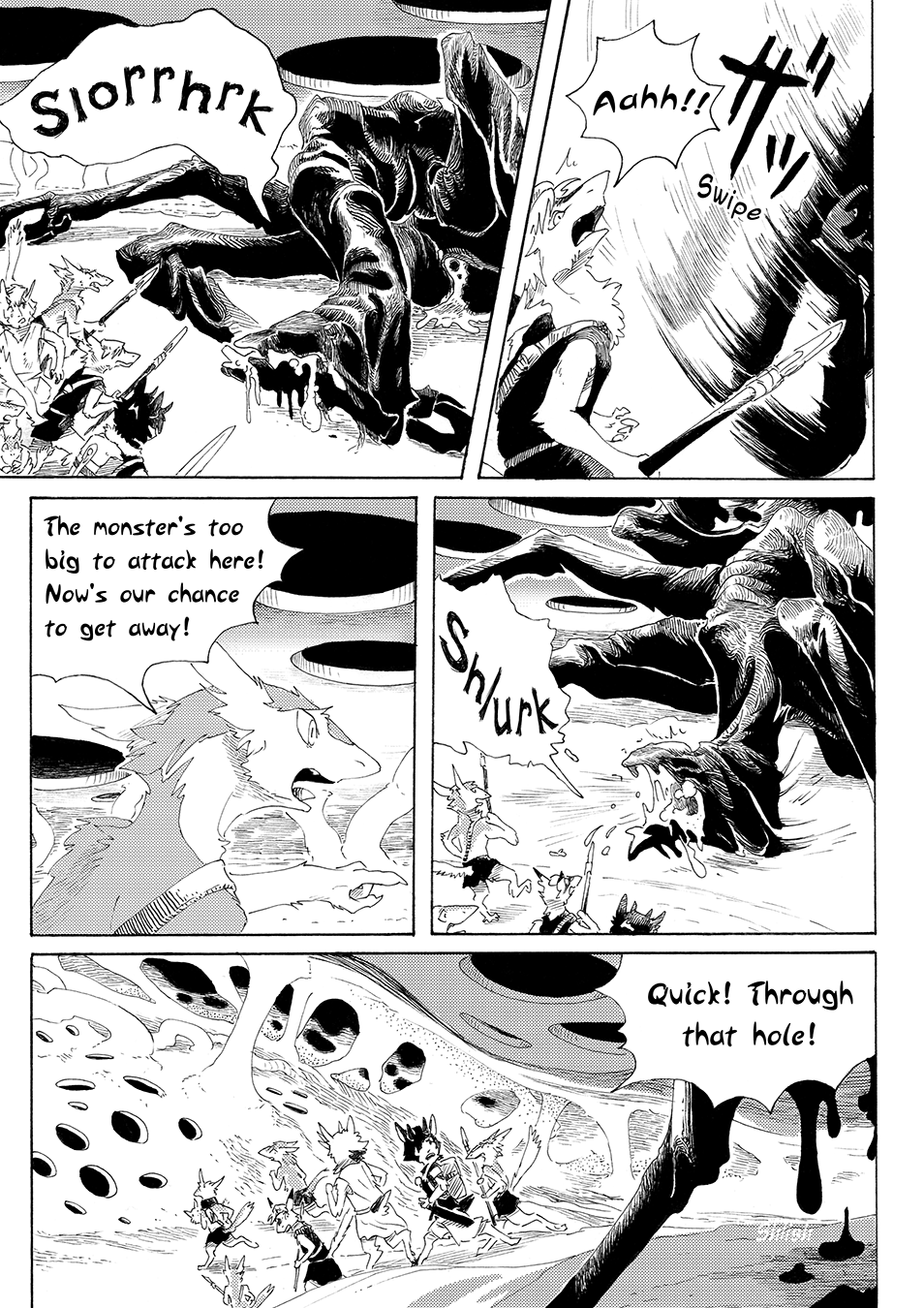 Next comic page is scheduled to release on October 14!

Having finally reached its prey, the monster wastes no time in attacking the tribe members. While the children try to stand their ground with spears raised, they are no match for the colossal beast.

Extending its gaping maw, the Talyxian creature begins to rapidly draw in air in an attempt to inhale its victims whole. However, Little Grass-Tail is quick to point out that the monster is too large to effectively attack them in the narrow area they are in — but the advantage will not last long. Wisely they make a hasty retreat, heading for a hole to duck into.”