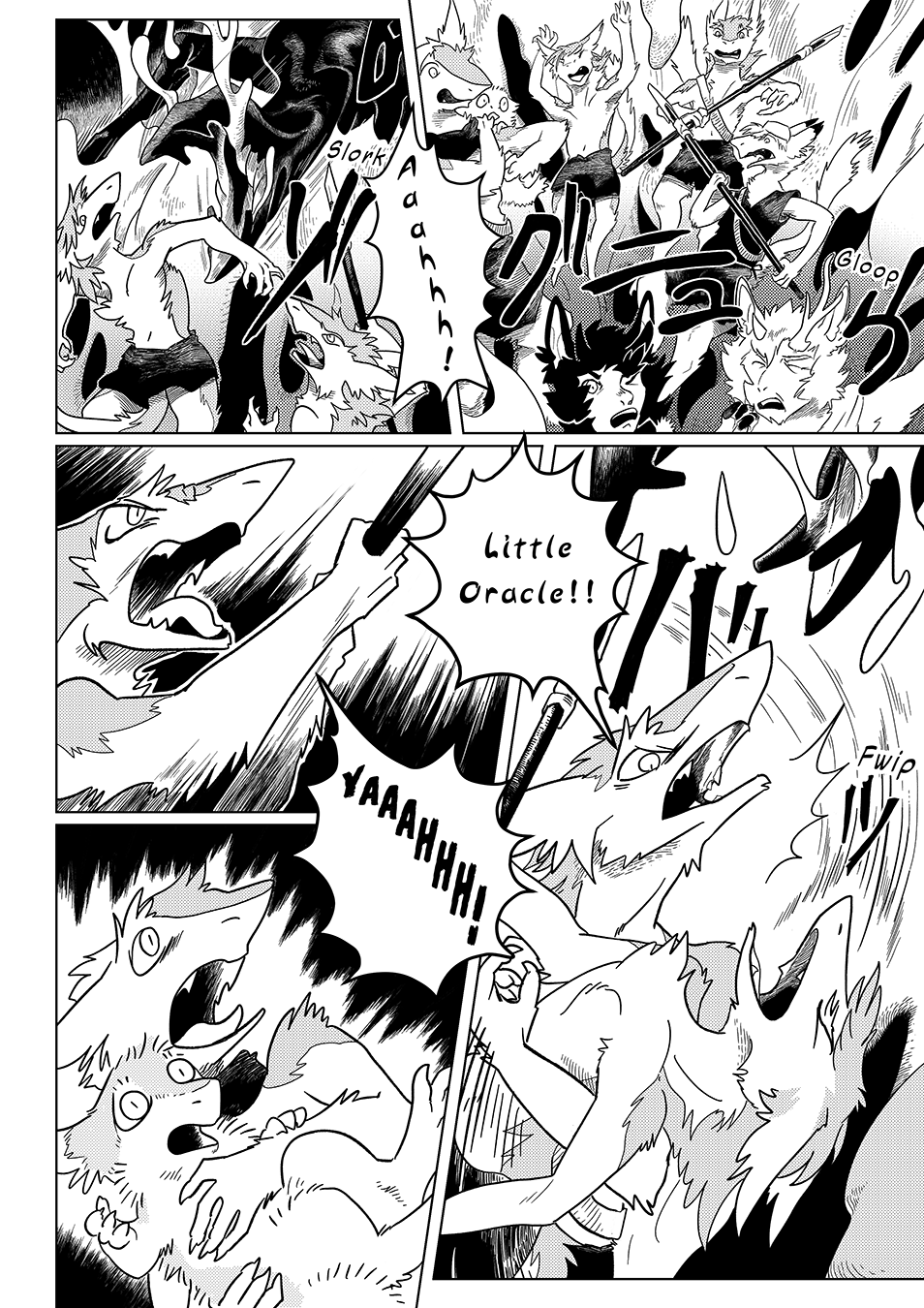 Next comic page is scheduled to release on Monday January 20!

The seemingly limp and unstable ground upon which the tribe members stepped on has begun to collapse, flowing inward and down. During the situation’s turmoil, the Housepecker extends its neck towards members while opening it’s maw wide!

In a flash, Little Grass-Tail grabs hold of Little Oracle and quickly pulls them to safety in order to keep them away from the monster’s impending mouth. They immediately follow with a counter-attack, letting loose a powerful shout as they thrust upwards in a rise against the Housepecker with their spear.

All the while, Little Weaver and Fuzzball witness these thrilling moments unfold with both fear and awe.