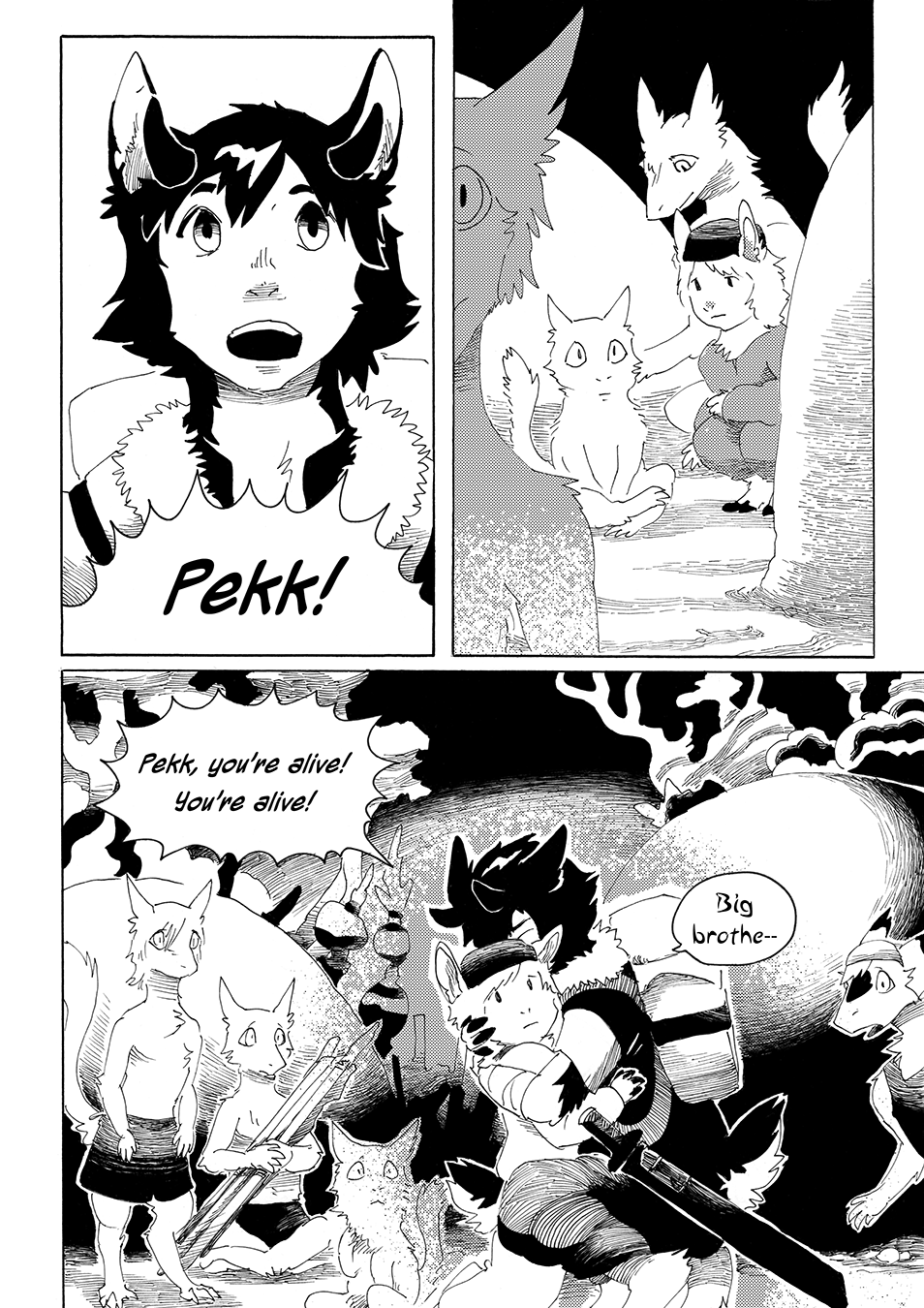 After a rather strange exchange with Chatter boy and Black-ears, Ekay looks over and spots something incredibly surprising! It’s Pekk, who for mysterious reasons is now sitting beside the small fluffy sergal known as Fuzzball.

Ekay dashes over and embraces Pekk with a big hug, overcome with joy from the depth of his heart. Meanwhile, the children of Mole-Digger Tribe look on with rather odd expressions.

Lore update! Today, another sergal’s name and role has been revealed! The little sergal who is sitting beside Pekk on the first panel is called “Fuzzball”, and is the son of Oracle. Fuzzball is the smallest member of the Mole-Digger Tribe, even though he is already about 7 years old. To compare, on Earth a human child would have to be 11 years old to reach a similar level of development as sergal children grow up faster than Earth humans.

Fuzzball has rich and fluffy fur but also has a very slender body due to his growth defect. Thus, his weight is closer to the average weight of 5 years old sergal child. When compared side-by-side with another sergal child of the same age, he is clearly much smaller in size.