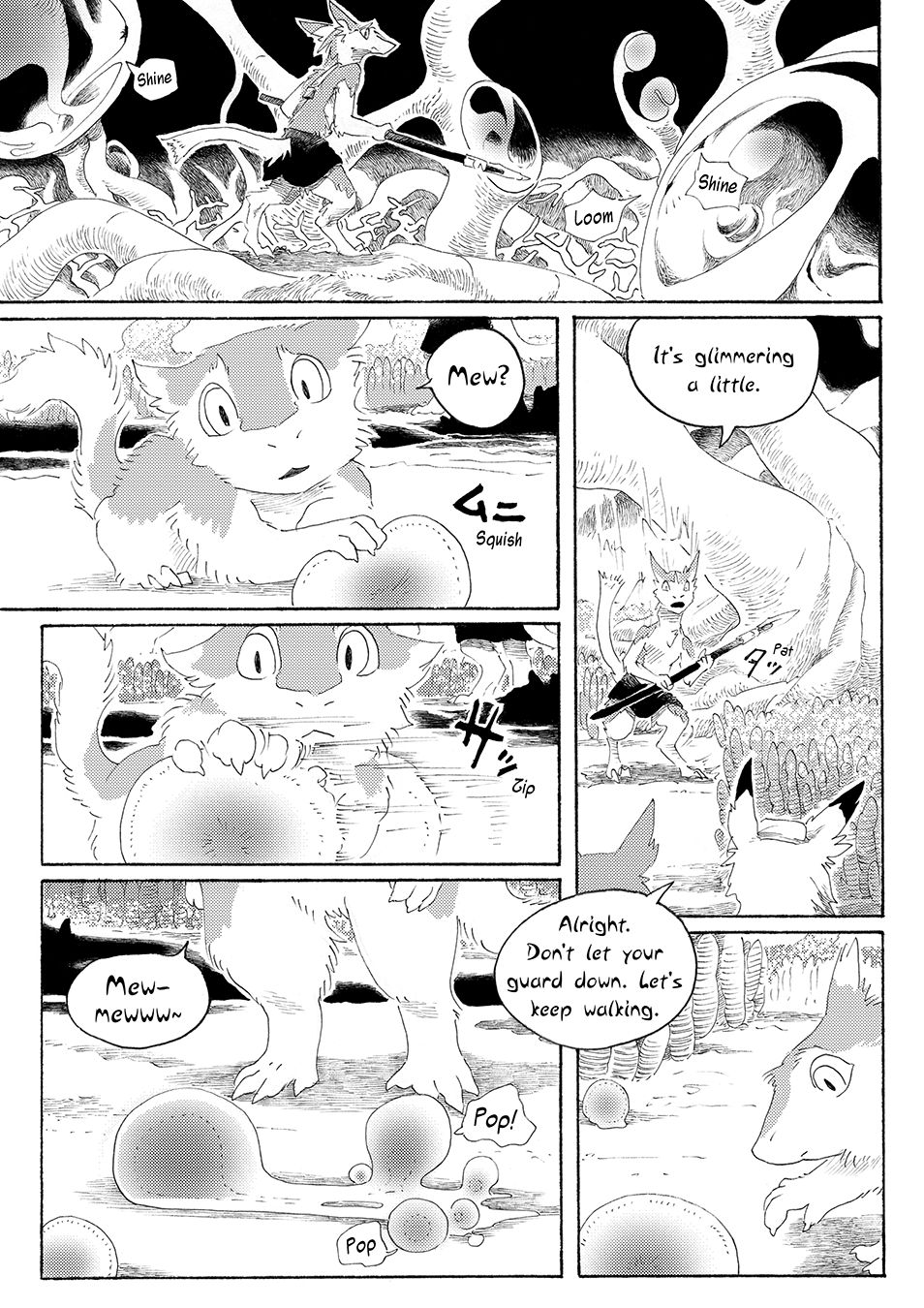 Little Stub-Tail drops down from the tree they had climbed up and reports that they were able to see the shimmering shadow of the monster after looking around carefully. Little Black-Ears advises everyone to keep going while keeping their guard up.

Meanwhile, Fuzzball touches something strange, possibly a spore from a Hexnose tree. It’s soft and squishy… and it suddenly moves just after Fuzzball touches it! Even more bizarrely, it begins to divide into more jelly-like blobs.

Note about Canon correction: it has been revealed that Fuzzball officially does not have “Little” in their name. This is unique, as only Fuzzball does not have this name title among the tribe members. The reason is currently unknown.