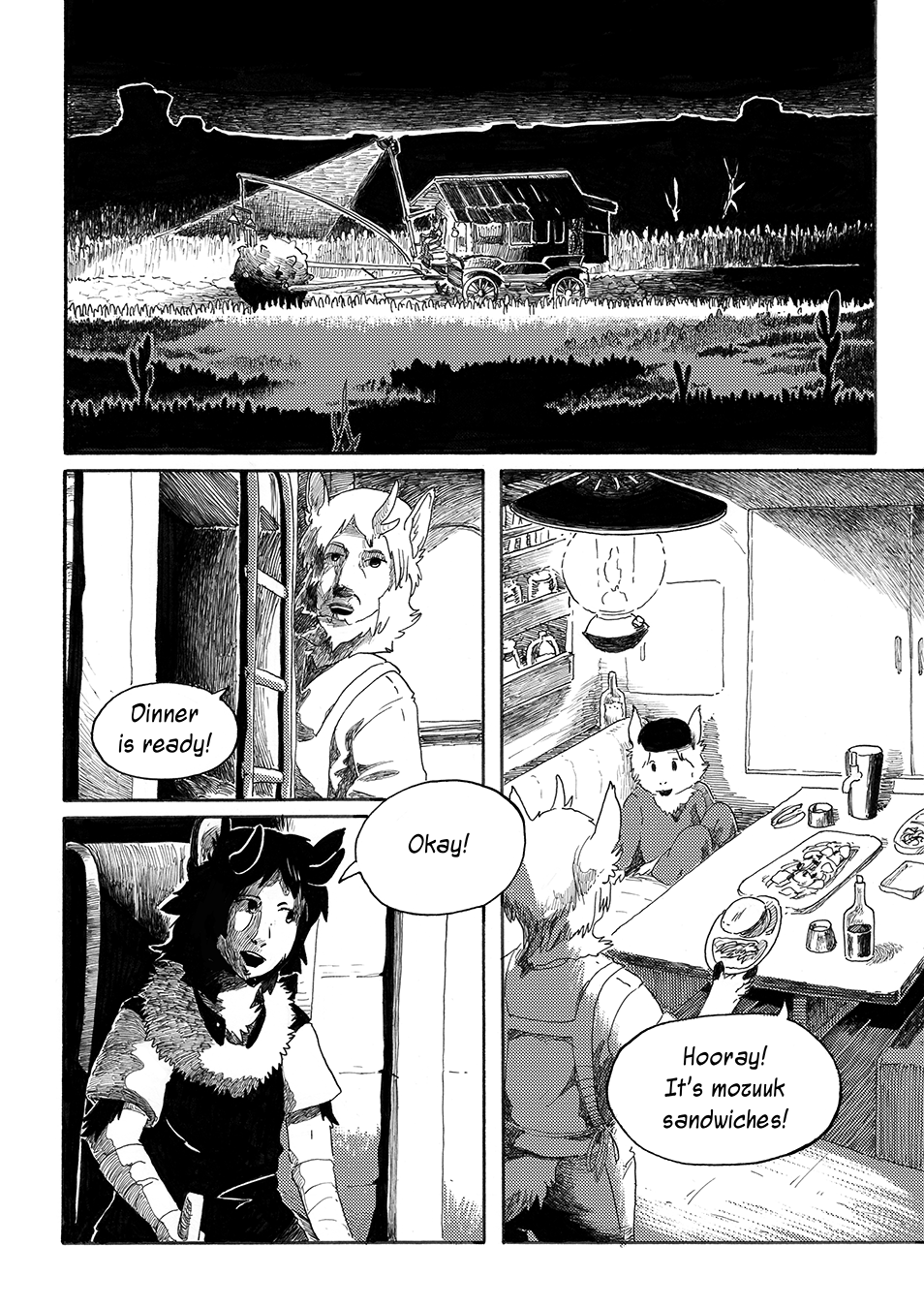 As time passes, Ekay trades places with his father, taking the reins of their urchin cow. The father uses this time to begin preparing their evening meal, which includes mozuuk sandwiches, much to the delight of little Pekk. Once their dinner is ready, he calls for his son, who halts the urchin cow and parks the carriage.

Mozuuk is a Talyxian plant, with properties similar to a type of edible seaweed found on Earth, commonly used as a source of food in Japan called mozuku (もずく). Its Vilous counterpart mozuuk is an edible Talyxian plant that grows on dry ground rather than underwater. It has a very high vitality and grows and spreads quickly.

Wild mozuuk is incredibly durable, having a natural resistance to salt and can grow in places that are poor in nutrition and with little to no water. It thrives even in areas that are barren deserts such as the Kef lands. In fact, mozuuk is the only ecological life can be found in the Kef areas. This particular variety is referred to as “Kef’s mozuuk” by the Eltus people. Note: this was previously known as “Kef’s seaweed”. Its name has been updated.

As a food, mozuuk is popular and sought after by many people due to have a delightful crunchy texture, despite not having any nutritional value. Similar in appearance to common grass, it will get tender and plump in texture if soaked in water. It is used for making a variety of foods, such as a filling in bread sandwiches.