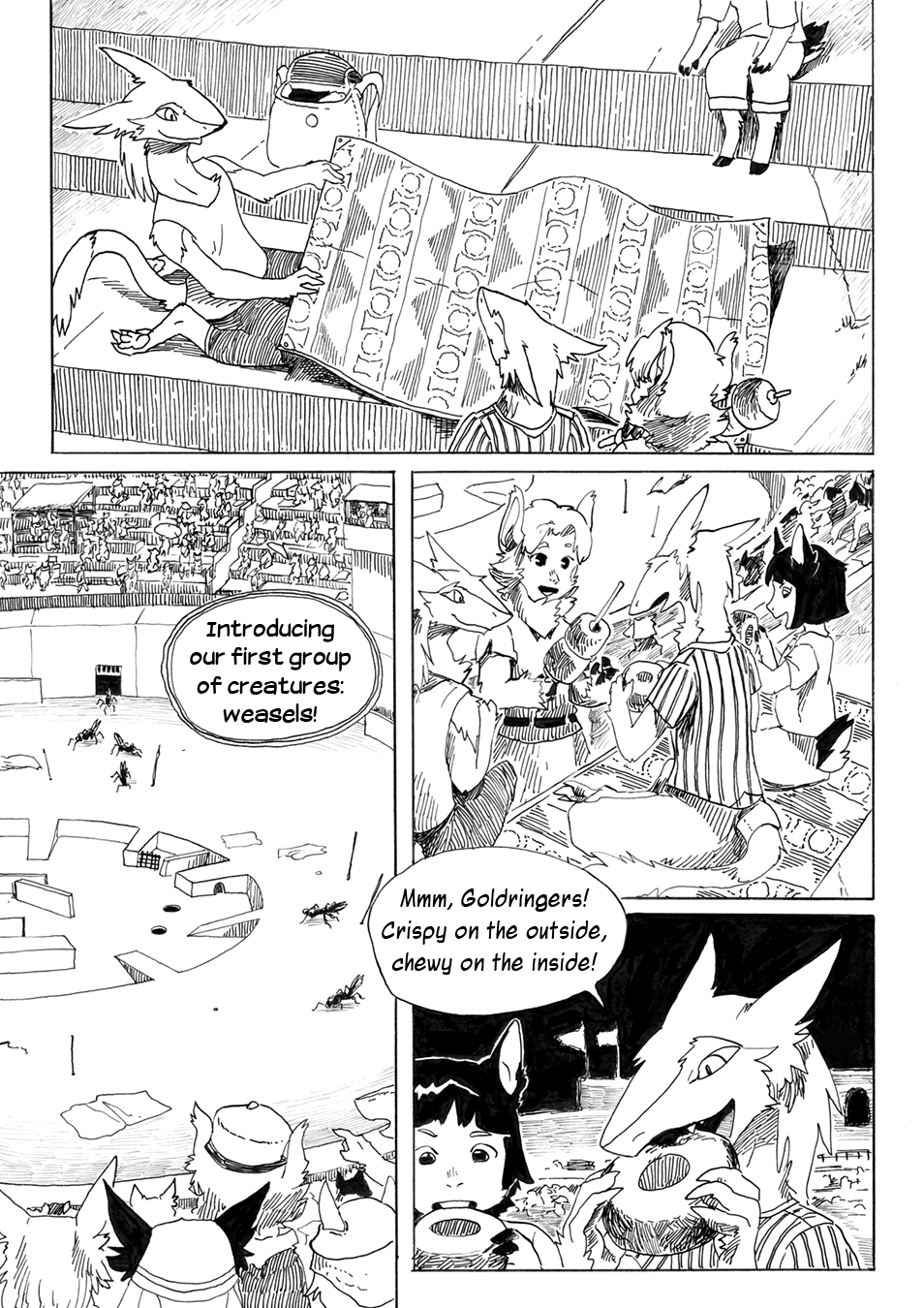 The friends have finally taken their seats at the arena. Laying down a comfy blanket, they settle down to watch the games while Bakku distributes the Goldringer snacks to his friends. The sergal boy enjoys his right away, sharing his opinion on its texture. A few moments later, the announcer’s booming voice echoes and resounds across the stadium that the first of the challengers have been released into the arena: the dangerously venomous Talyxian creatures known as weasels!

Talyxian Weasels
Weasels are very dangerous native Talyxian creatures and are treated as pests. Equipped with venomous fangs, one bite can immobilize an Eltus person for about half a day. Bite victims experience a tell-tale sweet yet sour taste in their mouths before collapsing.

Weasels sometimes appear in groups, but they usually act alone. Because they don’t have a high level of intelligence and lack intersocial abilities, they are unable to effectively cooperate together to hunt as a pack. Instead, they opt to attack whatever prey they come across, often at random. You can see more on them including colored artwork on the Vilous wiki page.