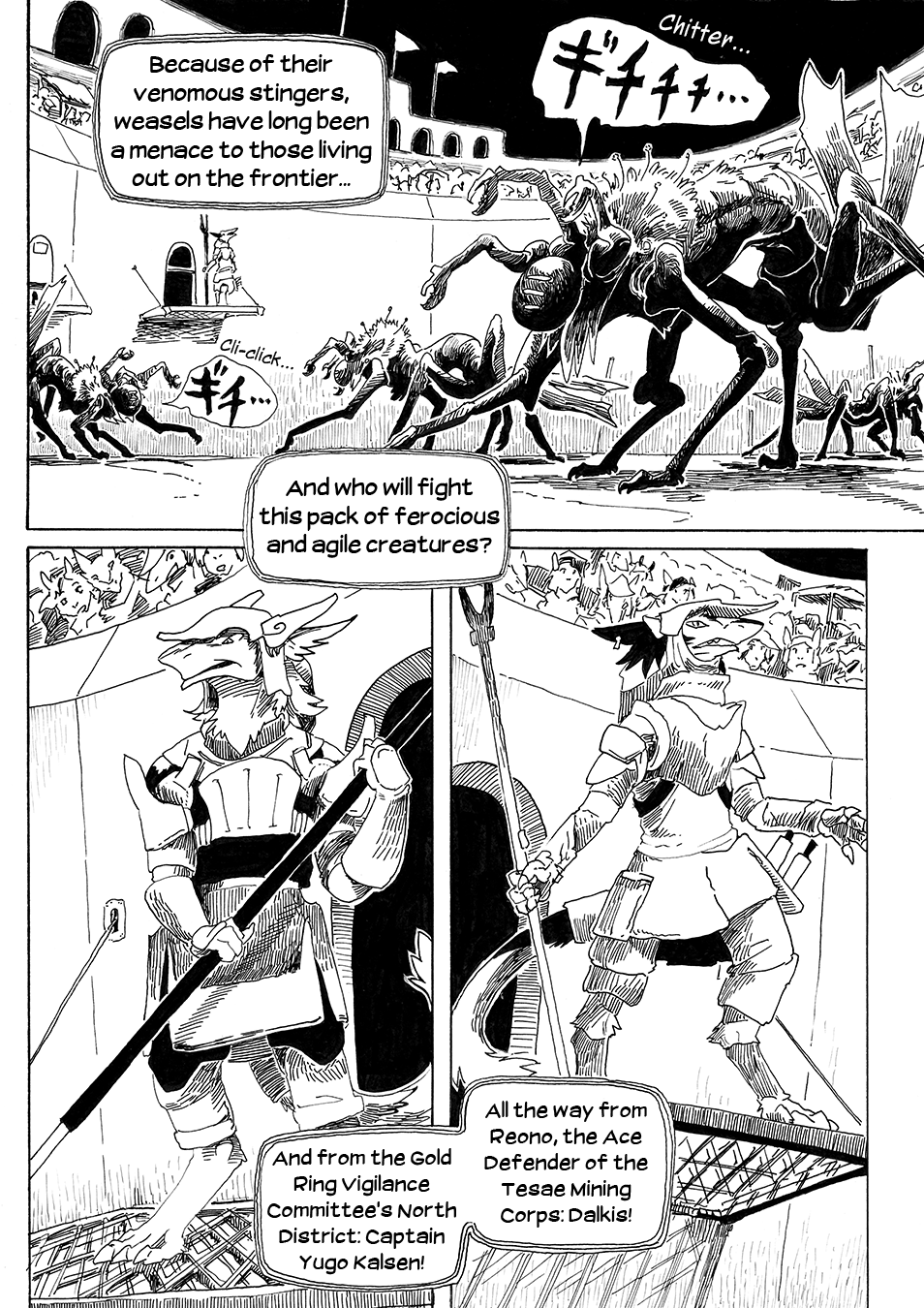 With the introduction of the weasels out of the way, it is now time to meet the sergal combatants! Representing the Eltus peoples, these brave fighters are veterans in their respective fields. Dalkis is the Ace Defender at a mining company situated in the Tesae region of the Reono area (which Bakku traveled through in the previous chapter en route to Gold Ring). He is in charge of security at the mine and driving off any hostiles — Eltus bandits and Talyxian creatures alike.

Meanwhile the other warrior is Captain Yugo Kalsen, a veteran member of the Gold Ring Vigilance Committee (GRVC) in the North District of Gold Ring. The GRVC is the police force in Gold Ring and is charged with maintaining safety and order within the city.

Weasels have long been a dangerous hazard to those living on the edges of society or near wild Talyxian biomes. With a distinctive and creepy insect-like vocalization that sounds of clicking and gnashing teeth, their mere presence can strike fear and anxiety into the hearts and minds of people.

Weasels are quite powerful foes even in one-on-one battles, and these two sergals are taking on six at once! Fortunately they are both highly skilled and have proven themselves to be superb in martial arts and armed combat. With the risks stacked high on both sides, the audience is surely in for a very exciting show!