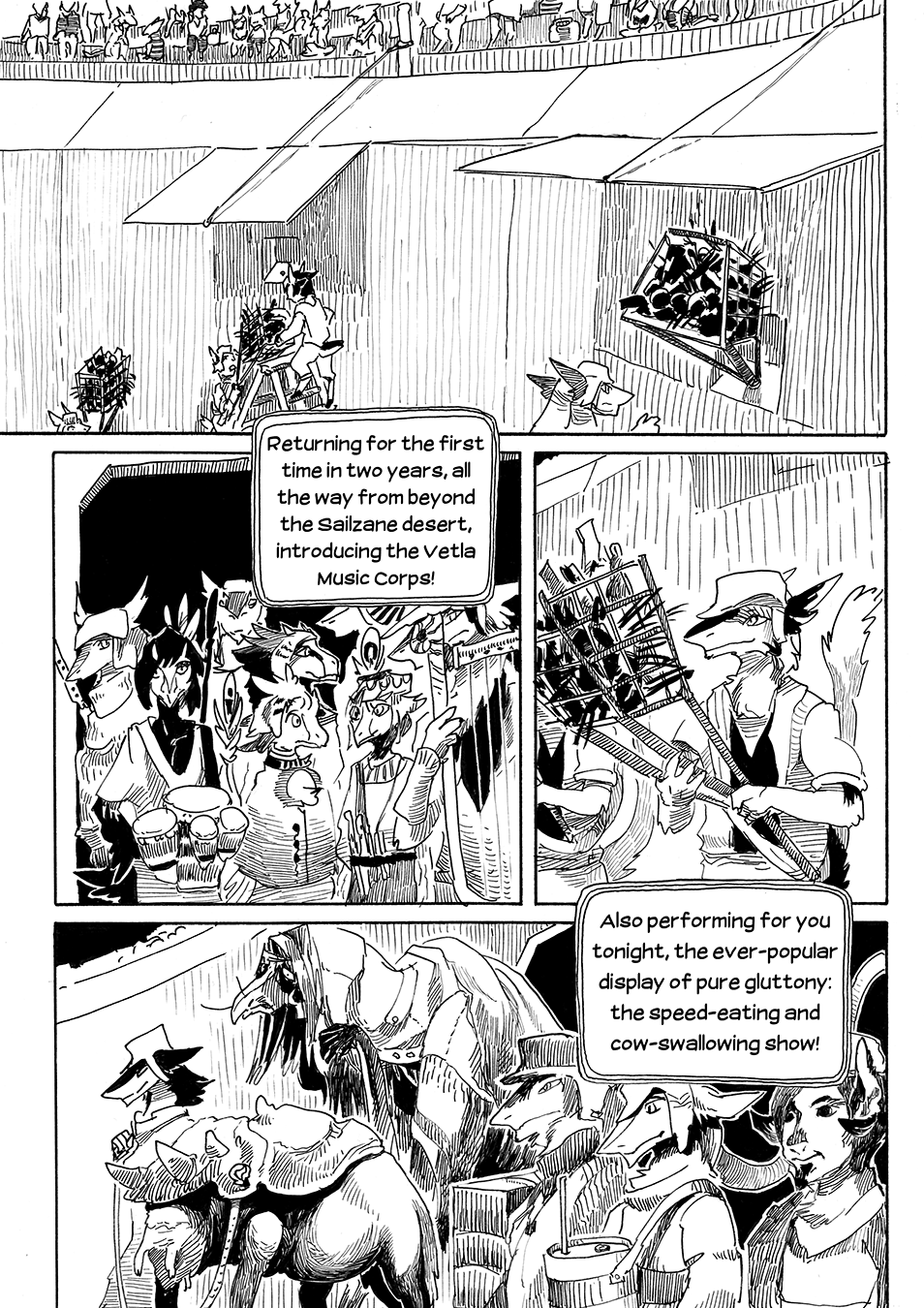 The evening entertainment has been revealed! A double feature showcasing two different talent groups, including both a western musical troupe and a speed-eating show. This marks the first official appearance of nevreans in the Vilous Manga. Nevreans are dinosaur/bird-like race of people, and the third of the Eltus races. During this time period, nevreans were known throughout Gold Ring as simply “beautiful people who visit Gold Ring during special events.”

It is now revealed that the people of Gold Ring had friendly relations with those in western cultures up until the beginning of the Great War with General Rain and the Shigu. Before the war began, there was a peaceful cultural exchange between the south and the west.

Because of the vast distance between the two Eltus areas separated by the inhospitable Sailzane desert, the people of the western musical troupe were limited to only visiting Gold Ring once every two to three years. In order to make the journey, people from the south would travel by caravan through the desert to pick up their guests, and then escort them back to Gold Ring. This was effective as those in the south are experts at crossing the desert, making the journey safer to undertake.

Western sergals use a mixed language that combines elements of Nevrea and Shigu languages. The other two languages in existence are the Gold Ring language of the south, and “Agur”, the archaic language spoken by agudners of the past that is seldom used today. There are a few from the south who speak Shigu enough to communicate with the guests.

Meanwhile, the second revealed performance is the speed-eating show. It is a form of entertainment in Gold Ring that showcases both cooking and eating contests. One of the participants is a Talyxian Stalker, which similar to the nevreans marks their first appearance in the manga! Look for more information about the food speed-eating show to be released in following pages!