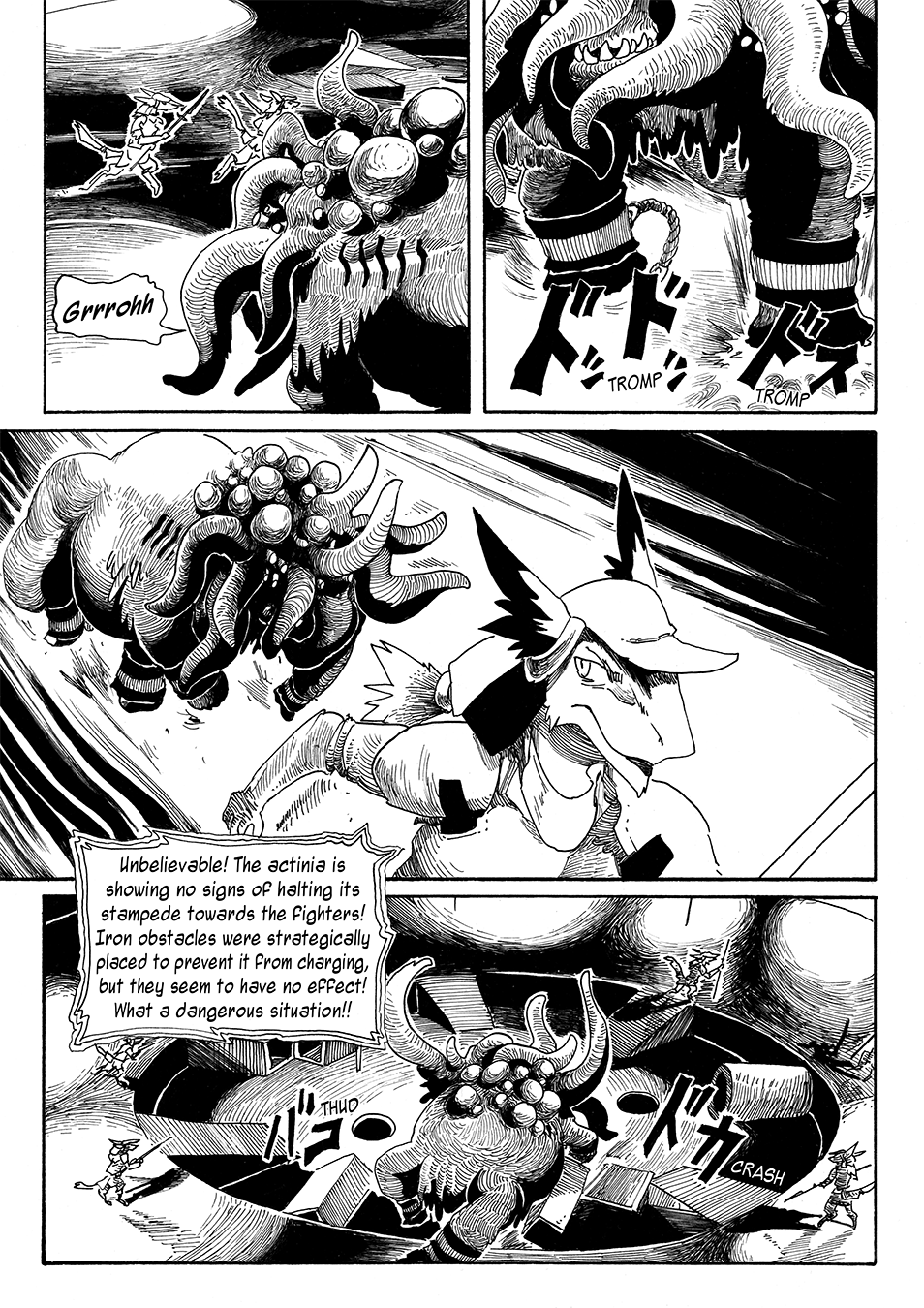 The furious actinia charges into the center of the arena pit, where multiple heavy iron obstacles were placed. These were meant to be used as cover for the fighters and to give them ways to strategically maneuver their quarry around them. Unfortunately for our Reono hunters, the obstacles prove to be ineffective at stopping the actinia’s brutal onslaught. Plowing right through them, the creature is nearly unstoppable in its raw power.

In response to the carnage, the announcer is growing even more concerned at the increasingly dangerous situation. Is the situation still under control, or will the standby arena crew have to intervene?