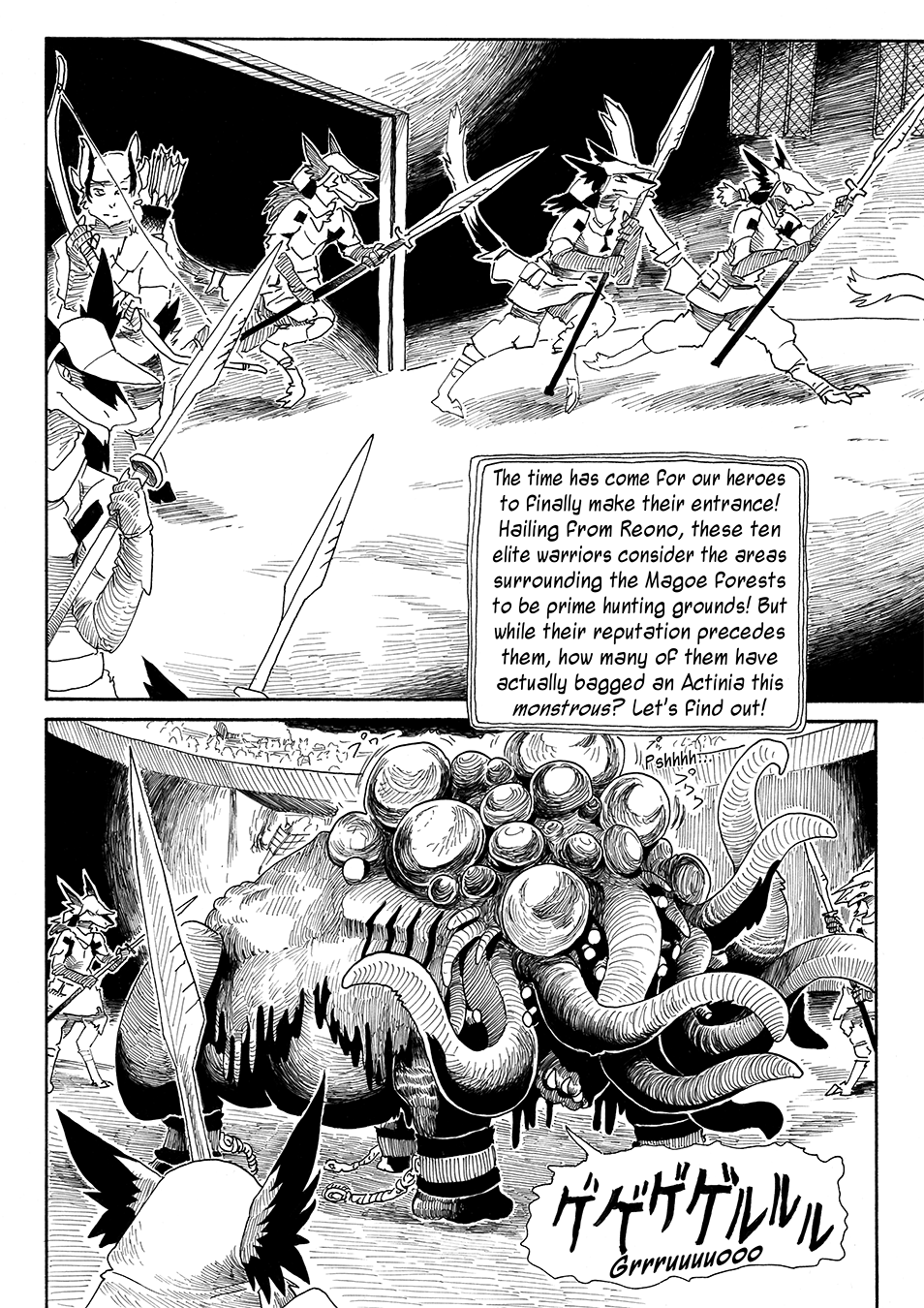 The question of who will be going up against the dreaded actinia has finally been answered: ten of Reono’s finest hunters and warriors are here to rise to the challenge! Reono is already renowned for producing some of the most skilled talyxian hunters on planet Tal, making these brave souls among the most elite of them all.

In response to being surrounded, the actinia utters an extremely unsettling and ominous cry. At the same time, it begins to inflate its balloon-like protuberances on its head and back as a threat display in order to appear even more intimidating. While nearly any other creature would have fled at such a terrifying sight, the Reono hunters don’t even flinch.

Meanwhile, the local Gold Ring staff is more than happy to leave the intense fighting to the Reono hunters. Instead, they are tasked with supporting roles to ensure the safety and security of the audience. For instance, there is a contingency plan in place should the actinia overpower the combatants or escape into the audience seating area.

In such an event, Gold Ring staff would assist with the evacuation routes, while working to subdue the beast. Underneath the city of Gold Ring, there are many waterways that carry seawater from Salt Lake ColVilous into the city. Large high-pressure hoses would be employed to blast the actinia with saltwater, which will cause it to be temporarily stunned from shock and irritation, buying time to more permanently subdue it.