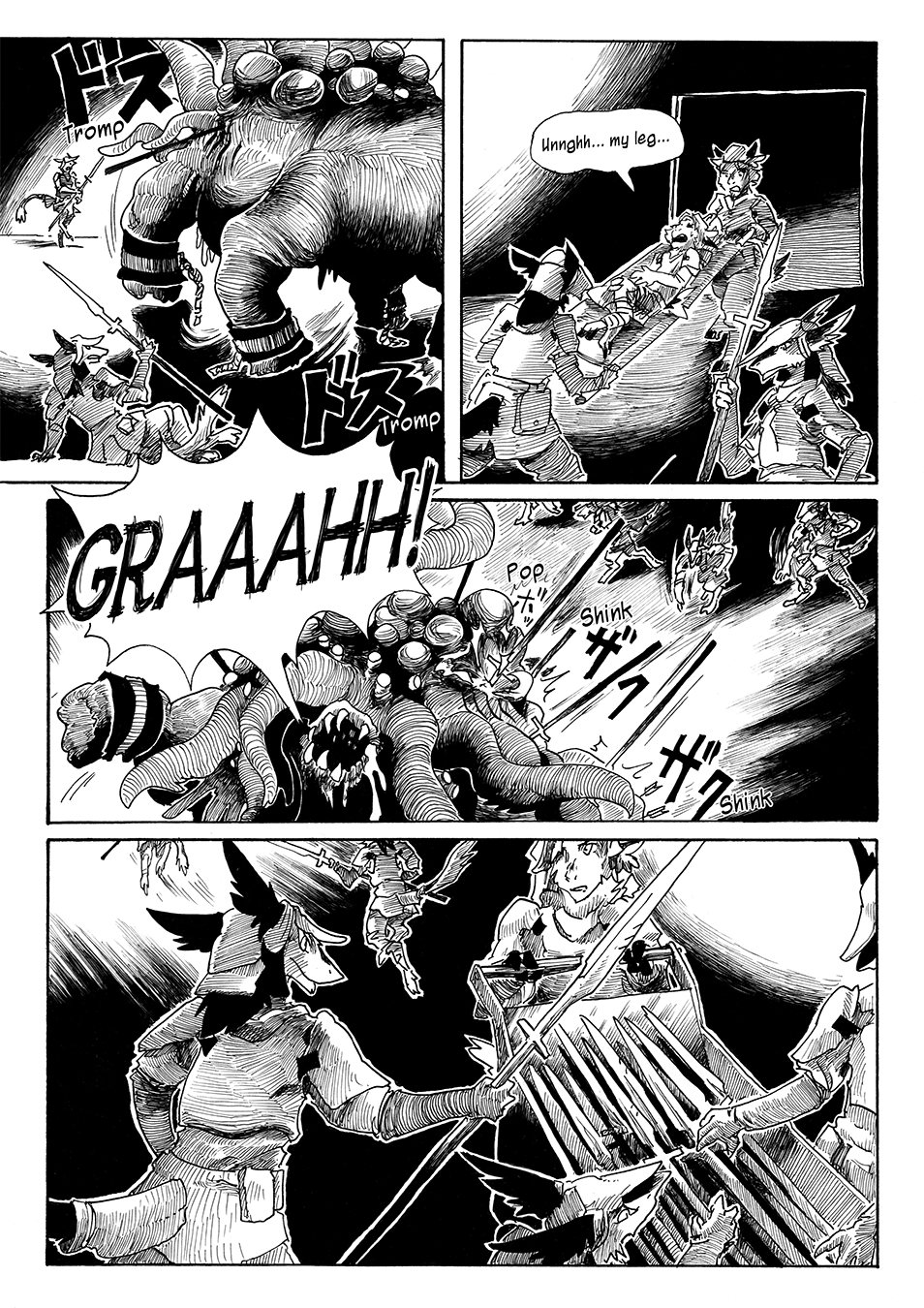 The battle roars on as the injured agudner archer is being rushed out of the arena on an emergency stretcher! The remaining warriors are still in the thick of it, maintaining their assault on the actinia and keeping it at bay thanks to their strong spear strikes. Several of their spears manage to puncture the lumpy masses laden across the actinia’s back, drawing forth a horrid cry of pain from the monster. Our heroes continuously show defiance towards the beast with their unending bravery, preparing themselves to launch a second volley of spears!