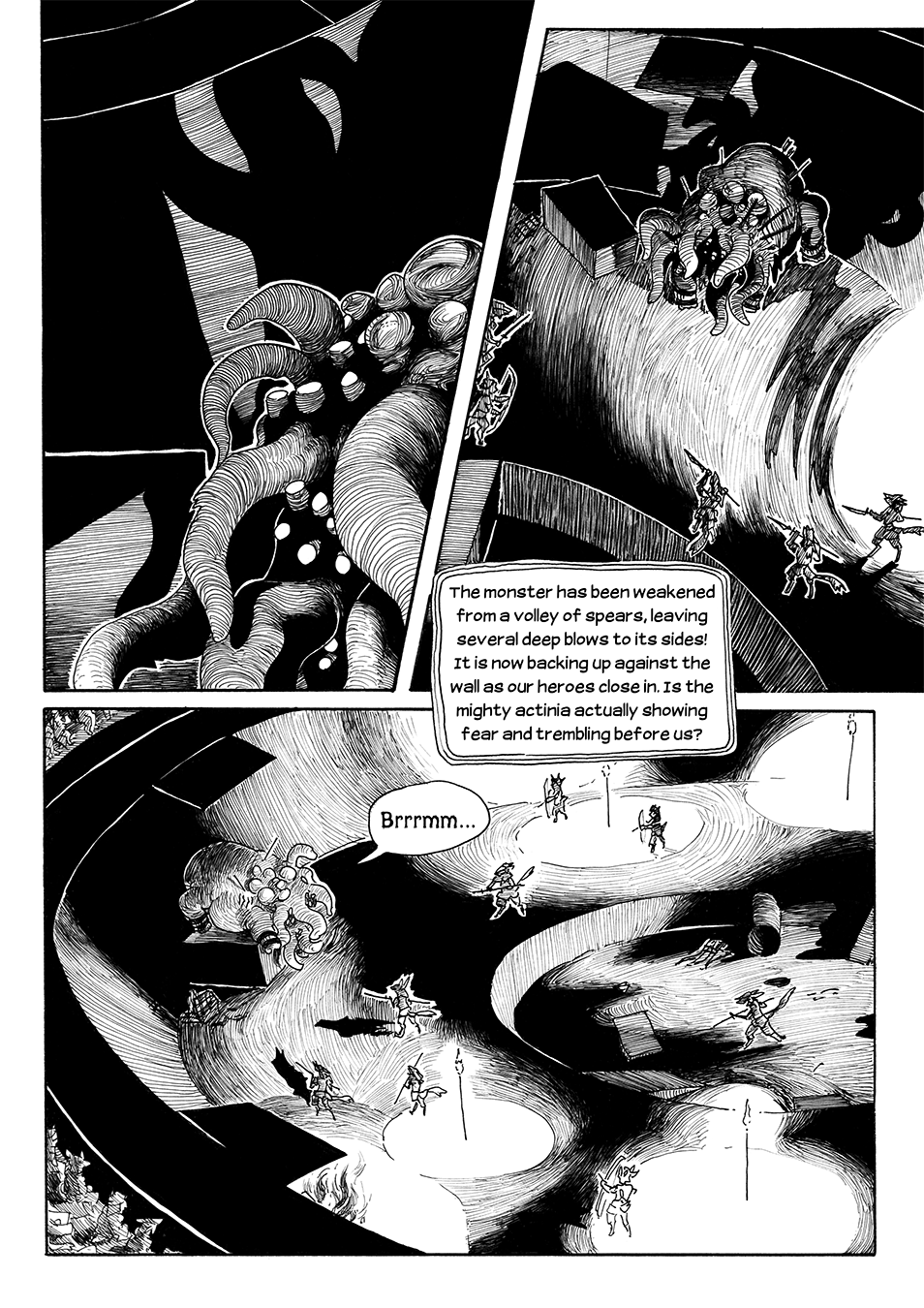 The actinia has been seriously wounded from spear wounds to its sides. It has begun to retreat from the warriors, climbing on top of one of the iron obstacles — the very same objects that it had once been tossing about before it began to lose vigor to its injuries. From its perch, it appears to be cowering in fear. Is victory approaching quickly, or does the beast have a trick up its proverbial sleeve?