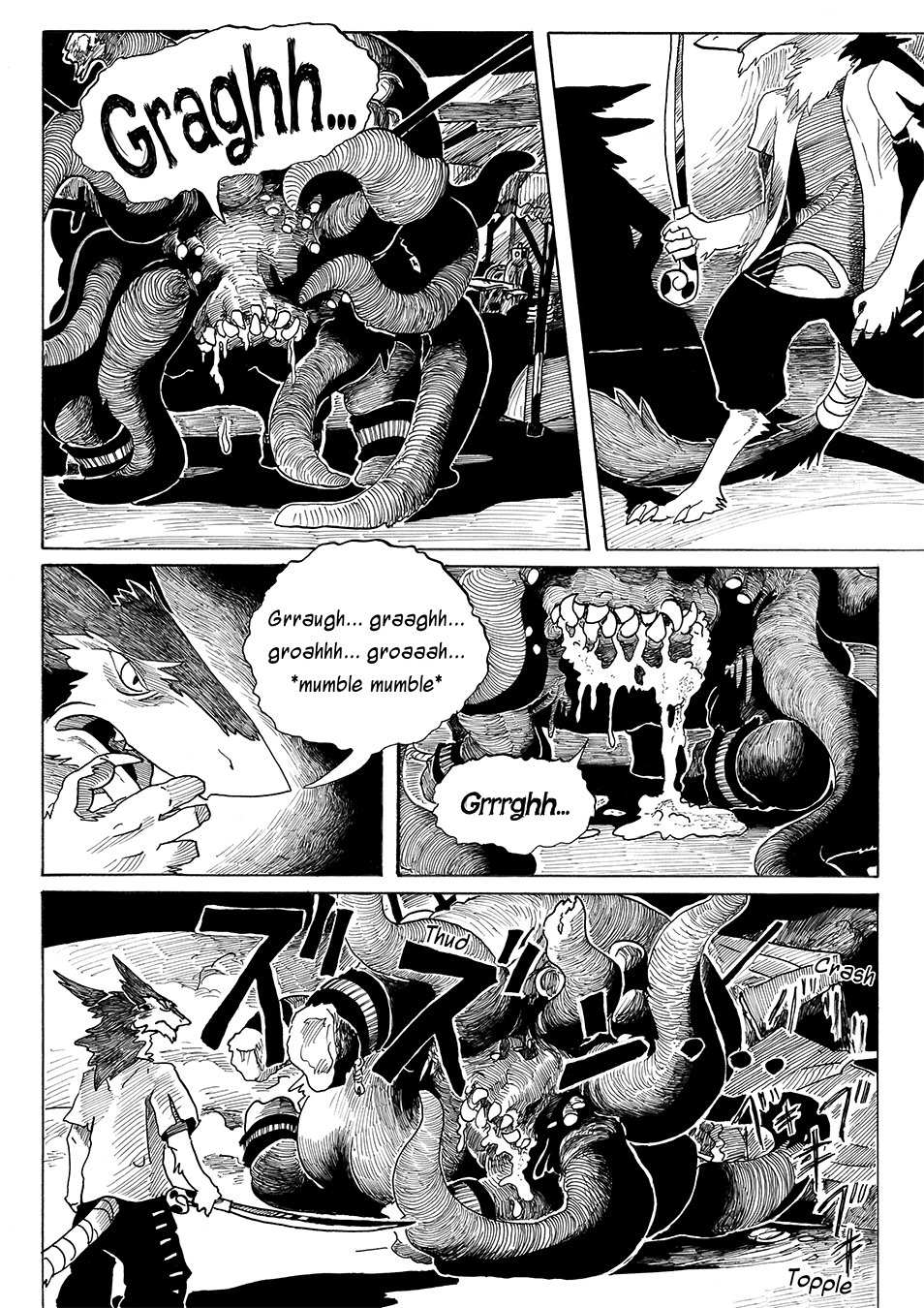 The effects of ingesting an entire bag of salt has finally begun to show its effects, as the actinia falters and succumbs to its effects. While beast huddles before Giten, suffering and miserable, the old sergal begins to speak in a strange and mysterious fashion. It appears that he is mimicking the actinia’s pained cries. Oddly enough, it appears to work, causing the monster to collapse to the ground, crashing into a vendor’s food booth and breaking it apart.

What could be the cause of this strange behavior? Is there a hidden connection between the actinia, the salt, and Giten’s ability to soothe the creature? Perhaps there is more to our elderly friend than meets the eye.