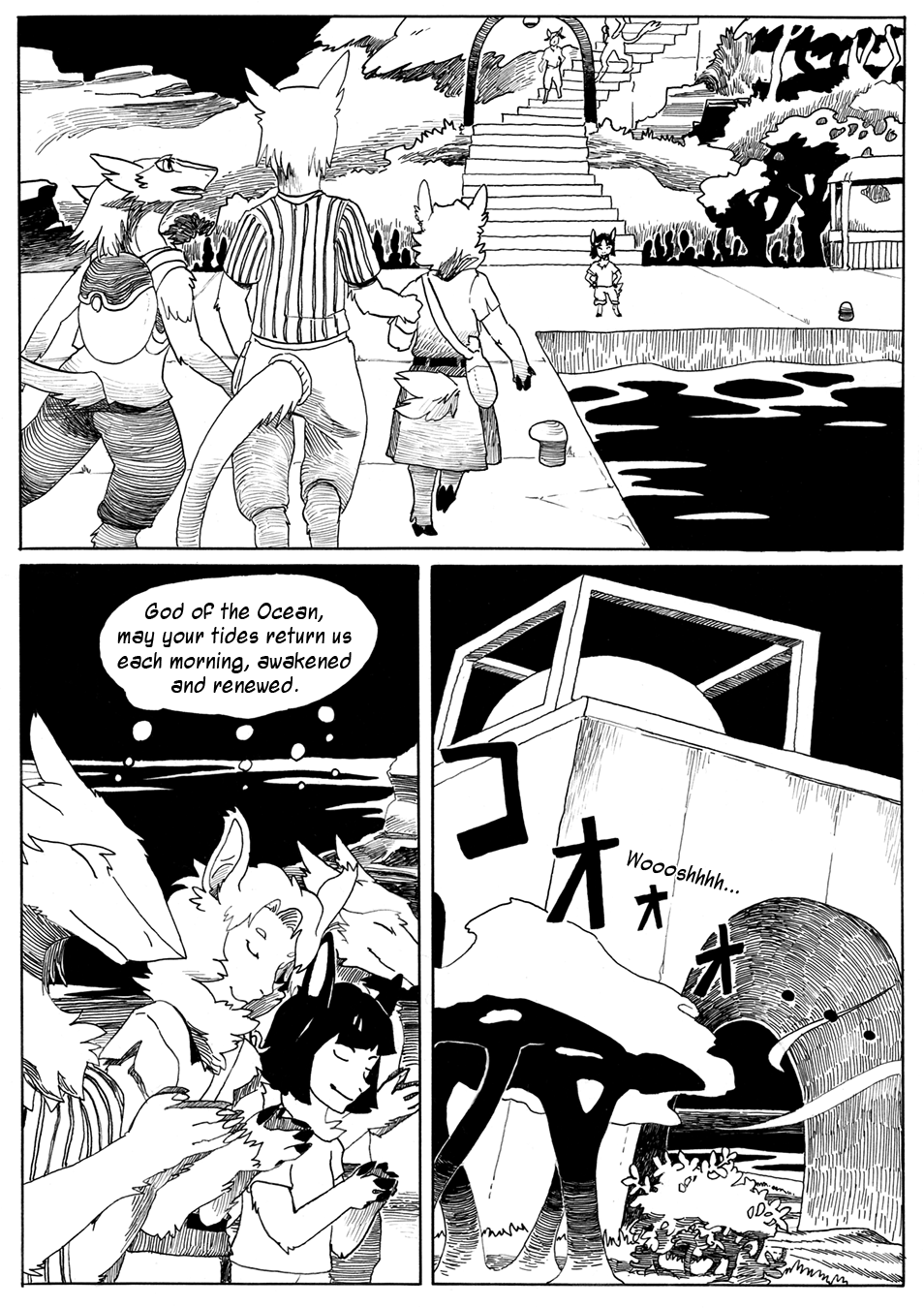 There are many myths and legends among the people of Tal, and a couple of them involve Salt Lake ColVilous:

The Sun and the Ocean Long ago, an ancient lake was formed by the God of the Sun as proof of his existence. Filled deep with water, the lake was naught but a shadow-like void. But from this chaos, the three important elements were born — water, wind, and salt.

The first living creatures emerged from the lake as a reflection of the Sun God. Then came land, which was formed from the creature’s excrement.

The salt was particularly important, as it marked the difference between the creatures of Eltus, and the creatures of Tal — the Talyxians. It is said that a person will feel pain when salt is applied to an open wound, because long ago the Gods used this sharp pain from salt to awaken the first fish using saltwater. This gift of awakening granted the Eltus creatures the senses, including touch, smell, and thought. It was this ability to process and feel which finally lead to the development of true emotions, something unique to the Eltus. Using these new traits, the Eltus people were born and were able to find each other and come together as a unified people.

The Sleeping Boat In sergal culture, sergals often sleep in a bedroom with a bed modeled after a boat. According to legend, it’s said that during slumber the spirit returns to the bottom of the sea. There, the spirit hears the memories of the ancient sun, Vilous. This myth explains where dreams come from, and ties them to the creation story.

Both of these myths demonstrate how the very existence of an ocean has greatly affected the spiritual concepts and religious culture of those living in Gold Ring. The prayer offered by the Eltus children is an example of this. This prayer asks that after their spirits go to the bottom of the sea at night, they wish for their souls to be returned every morning, waking refreshed and energized. They wish for the movement of the tides to make every day to be a blank canvas, one that can be filled with activities and good experiences.

These legends are just some some of the many religious beliefs found in Gold Ring. There are additional and equally interesting myths that relate to the origins of the Eltus. One such story tells of how the three Eltus races (agudner, nevrean, and sergal) were once a single human race, and how they came to be seen as they are today. Of note, while the Eltus people only think of it as a myth, it is in fact a truth: while the details of how they were changed from Earth-like human beings to animal-like Eltus races is known, it is a hard fact that is shown on the official Vilous Wiki.