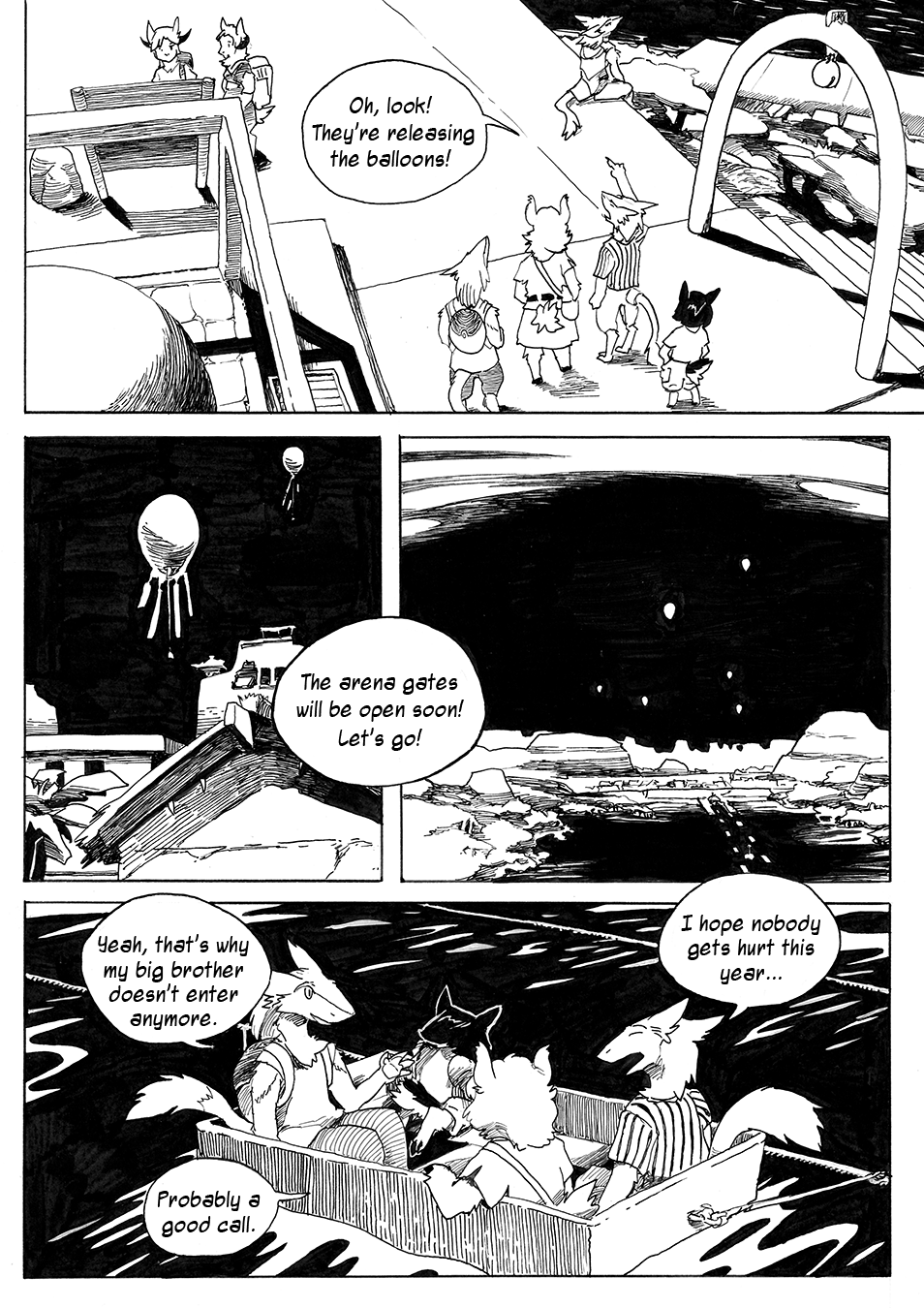 Sergals like Elica’s brother are the most likely to be soldiers and fighters.

The Gold Ring Arena hosts a multitude of events. Many times it features a great battle of creature vs creature, as well as human vs creature — or, in other words, Eltus vs Talyxian. First the audience gets to enjoy watching talyxian creatures duke it out. Once only the strongest (and luckiest) talyxians remain, the Eltus fighters will enter the arena and fight to finish off the remaining creatures. The “actinia” that was found on Page 3 is an example of the fierce creatures that are seen in the arena.

Another thing to consider: the contestants are not the only ones at risk of injury during arena battles. The audience is at risk as well, as large and particularly terrifying creatures have been known to escape the ring and invade the audience seating areas. Throwing the audience into a blind panic, many have been maimed, trampled, and sometimes even killed — all part of the dark humor that is found in the world of Vilous. Despite these dangers, however, the arena continues to be a popular form of entertainment for Gold Ring citizens up until the Pre-war era that General Rain ushers in.