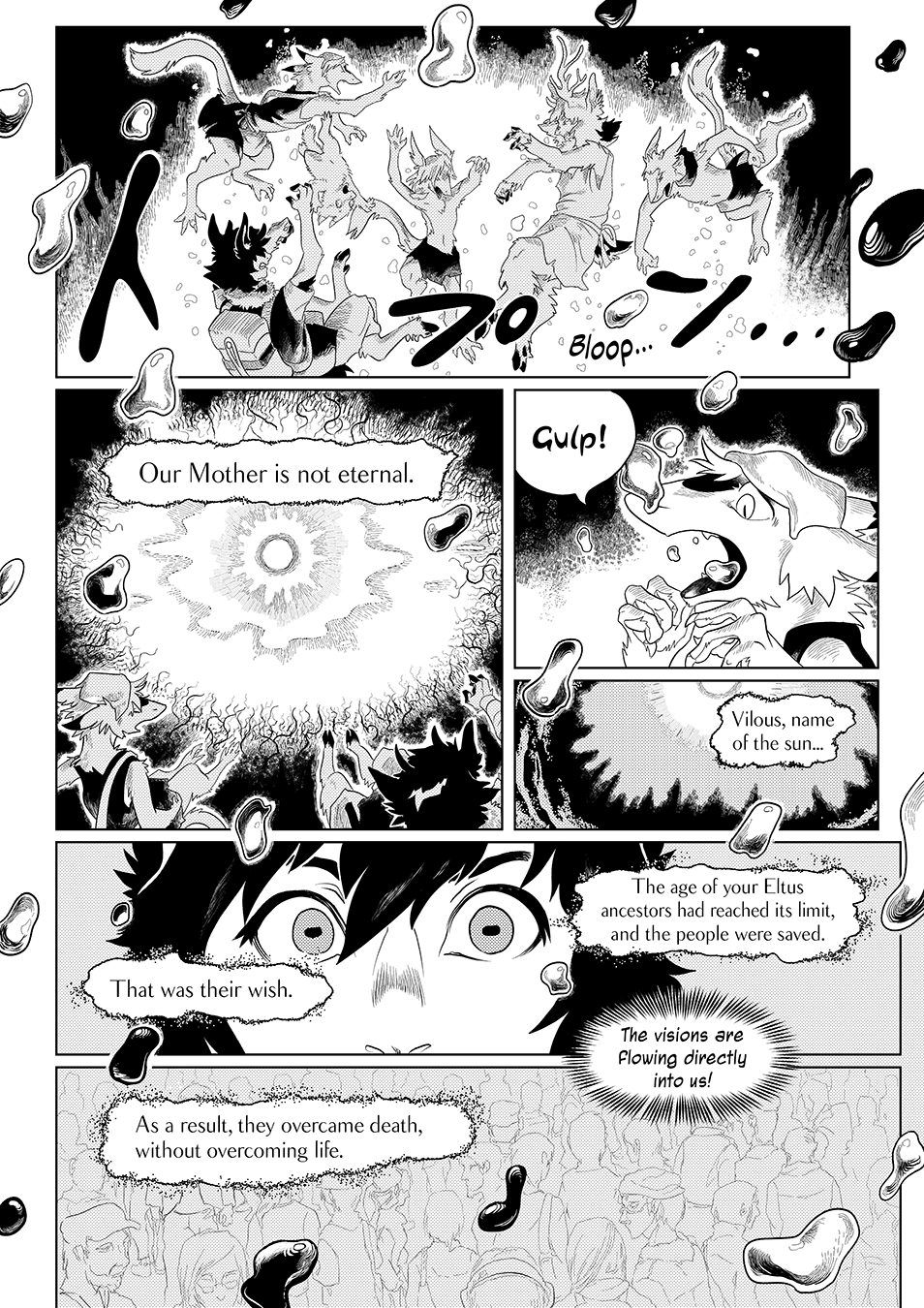 Next comic page is scheduled to release on February 14!

$5+ Patreon members, see the HD version here! As the children succumb deeper within the Talyxian spiritual abyss their minds are collectively invaded by visions. This time, they are of a different nature altogether — a more ancient glimpse from times long past.

A voice, different from the one beforehand, seemingly begins to tell a tale. It starts by uttering the name of the Sun: “Vilous”. Even going as far as to name it “our Mother” and explaining that while people make take it for granted that the star will shine forever, its existence is actually finite.

The voice then continues, speaking of the Eltus Ancestors in their final days. Despite their age having reached its limit, they were saved. Because it was what they had hoped for. To overcome death, without having the need to overcome life.

The vision manifests what appears to be a crowd of very strange-looking people, with various heights and builds and features unlike the tribe members have ever seen before. While there are some similarities between them and the Agudners, they lack any of the distinct and uniquely defining characteristics the humans on planet Tal are used to seeing. Where are their horns, hooves, and various ranges of fur?

Keen and enthusiastic readers may have already grasped what the last panel’s scene means. If you would like to know more, you may head over to the synopsis regarding the background story section within the Vilous Wiki. Indeed, today’s comic page has finally answered part of the previously known meta-knowledge!