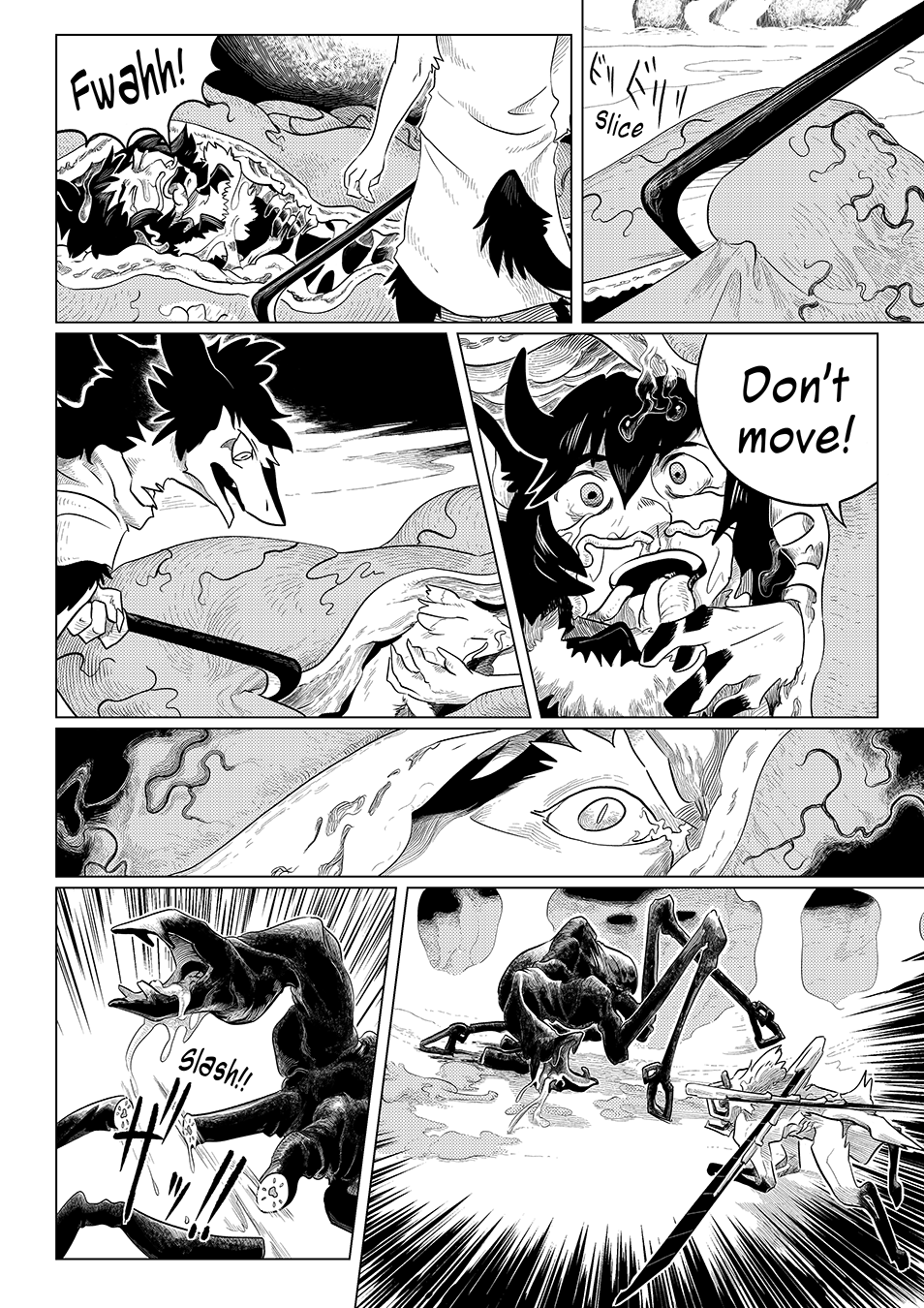 Next comic page is scheduled to release on April 24!

As the battle between Associator Wolf and the Housepecker rages on, the unnamed Sergal manages to slit the first sac wide open. With a gasp of air, the body of Ekay is revealed to the surface world. As the Agudner boy opens his eyes in complete shock and surprise to look upon his savior, the unknown Sergal yells out at him to not move!

Due to the Talyxian tentacles which have made their way within Ekay’s orifices — most notably within the eyes and nose — any sort of brash movement or forcible attempt to remove them would prove to be extremely risky.

The nameless Sergal continues to release the others trapped within the adjacent sac, revealing Fuzzball, clutched within the hands of Little Black-Ears… who has very eerie and lifeless expression in their eyes.

In the meantime, the Associator Wolf readies itself up for another charge against the Housepecker, valiantly dashing in with its wing blades at the ready. With a full slash, it takes off another two of the Housepecker’s limbs in one clean cut!