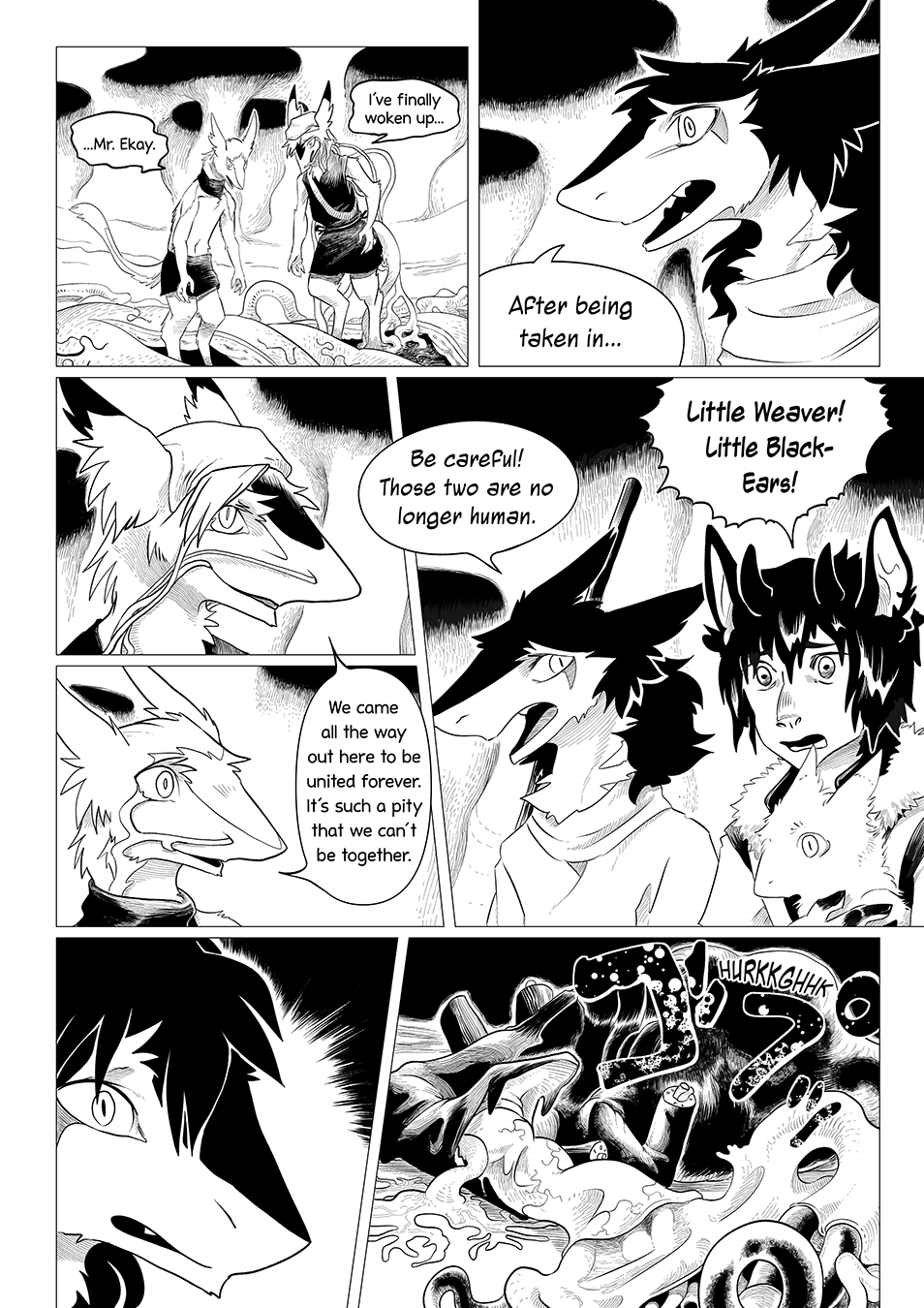 Next comic page is scheduled to release on May 8!

The unidentified Sergal looks upon the two Talyxian-latched Sergals emerging from the Hizomi-Nonbon sacs and comments that once an Eltus has been taken in completely by a Talyxian creature, they are beyond any help. However their thought is cut off, as the two emerging tribesmen begin to speak.

Little Black-ears mentions that they have finally awoke — unbeknownst to the others, they are actually referring to awakening within the otherworld, which belongs to the Talyxian entity. Meanwhile, Little Weaver calls out towards Ekay with a dazed voice, as if yearning for him to join them.

Ekay calls to his friends with a heartbreaking shout, seemingly unable to accept the situation. The unnamed Sergal informs Ekay that his friends have lost all shreds of their former selves.

The two emerged “Sergals” then begin to speak in unison, evoking a sentiment of shame and regret, that after all they have been through and where they have ended up, they could not be together in the end.

Meanwhile, at the back of the fray, the collapsed Housepecker lets out a horrible belching noise. It then vomits out the inner tentacles through its maw, causing the nameless Sergal to take sharp notice of it.