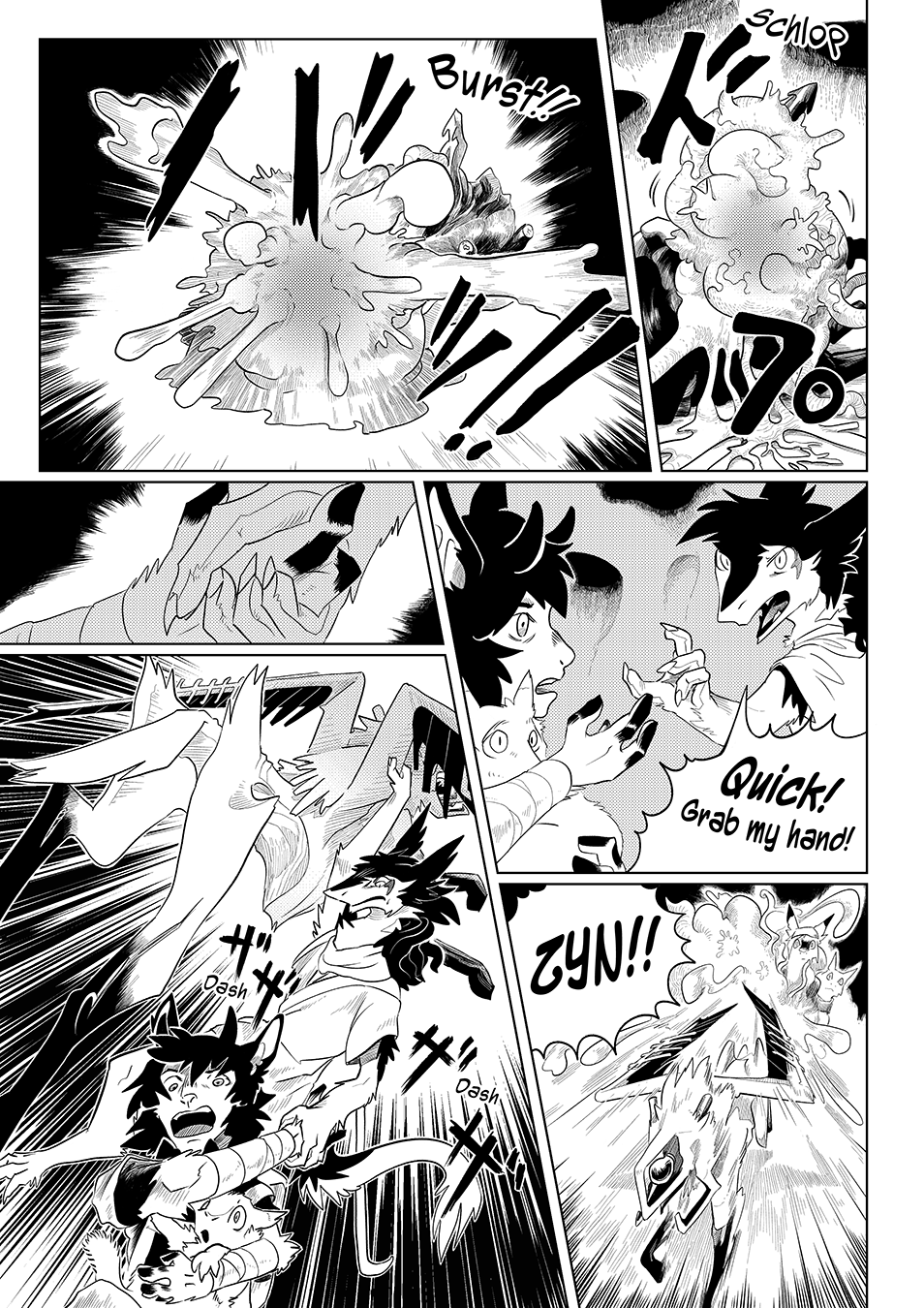 Next comic page is scheduled to release on May 15!

After the Housepecker’s throes, it continues to vomit up a sludgy concoction of unknown composition. The slimy substance gushes outwards from it’s mouth, making a series of wet, sludgy sounds. As the monster’s inner contents finally spill down and onto the ground, it suddenly begins to froth and bubble up, expanding violently outward in various directions!

Acting quickly, given that they’ve noticed the creature’s erratic and odd behavior earlier, the unidentified Sergal quickly reaches out towards Ekay and urges him to grab their hand. They then yell out for their companion, Zyn!

As soon as the two establish a firm grip between each other, Zyn comes dashing past them. The unnamed Sergal, acting quick, grabs hold onto one of the Associator’s Wing-blade limbs. Thus, they are pulled from the fray by the sheer strength of the Wolf alone.