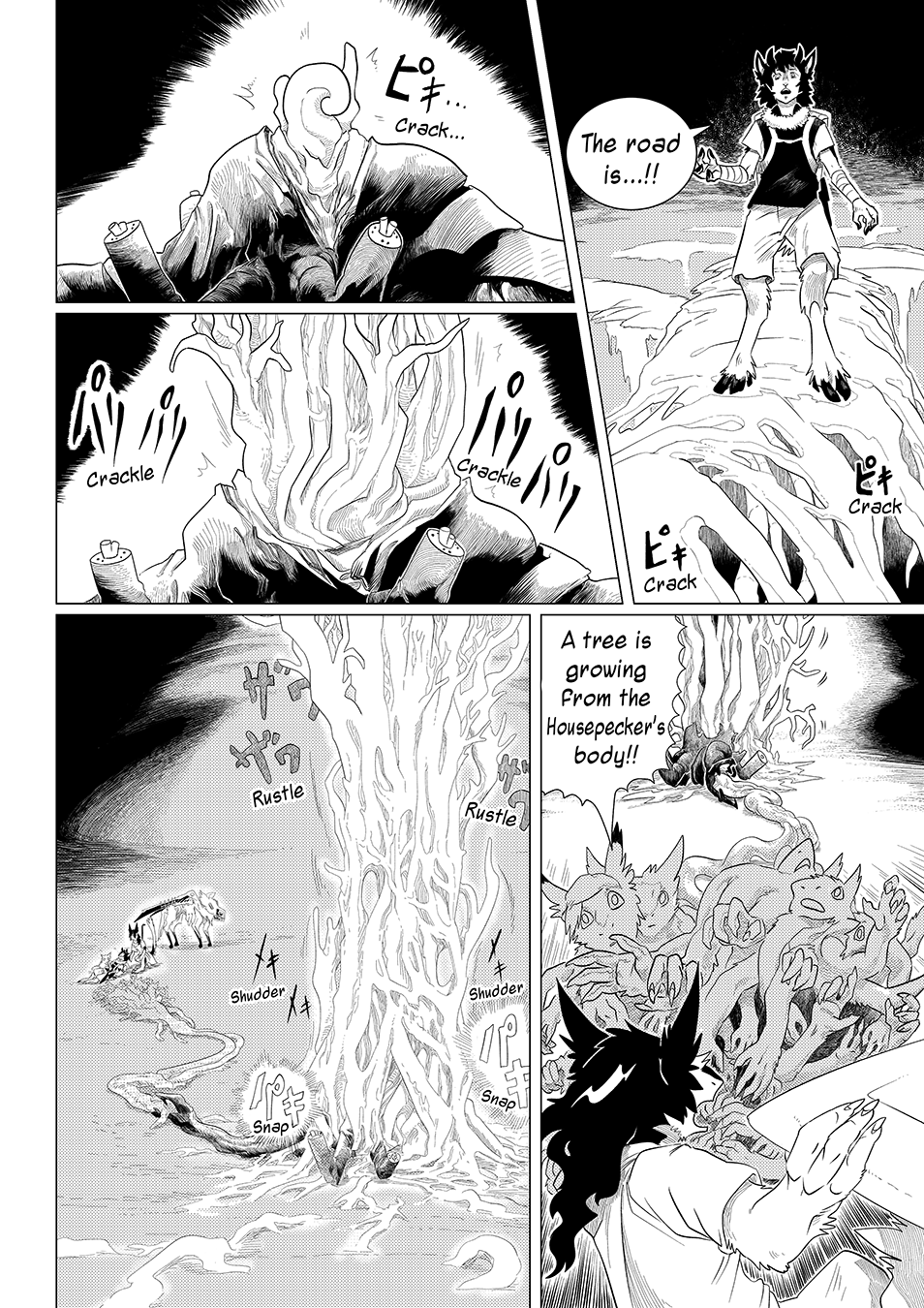 Next comic page is scheduled to release on June 26!

Ekay looks over yonder and notices the road within the spiritual realm is being constructed before his very eyes. Meanwhile, back within Base Reality, the Housepecker body begins to transform as something begins to break out of its crust, erupting violently upwards towards the sky.

The unnamed Sergal, still latching onto Zyn’s shoulder and being hauled away to safety along with the others, calls out about this strange phenomenon. The root-like amalgam of Ekay’s former companions continue to give chase, only to seemingly stop and fall limp. The overgrowth of the roots spurting out from the Housepecker’s body crust now make up a massive, tall structure.

Our protagonists have reached what appears to be a stop in their dashing escape. Things seem to now appear to be safe — however, are things truly all right?