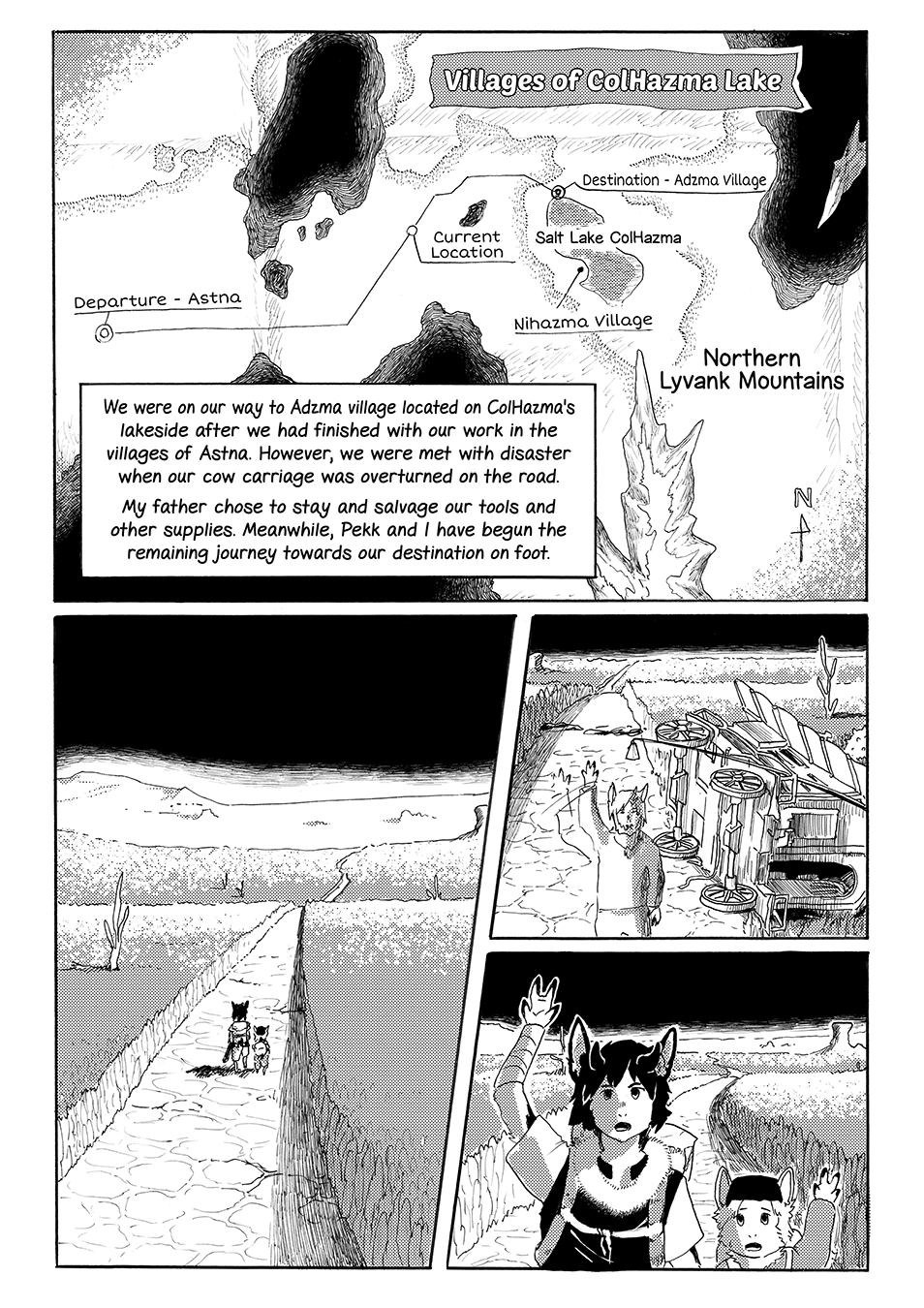 Ekay shares his journey so far on a map of Northern Tal.

Villages located along the Salt Lake ColHazma shore were originally established by Northern sergal shamans, but the settlements failed to thrive over the years.

Today, the local civilizations are on the verge of falling to ruin, with the sharpest decline beginning around 20 years ago. While the villages have been able to hold out, actively practicing shamans have not been seen in ages.

Thankfully, Ekay’s father has prevented this, doing his part to assist in village reconstruction and repair during his travels. There has also been a cultural exchange with the Eastern lands, including sergals and agudners from Reono.