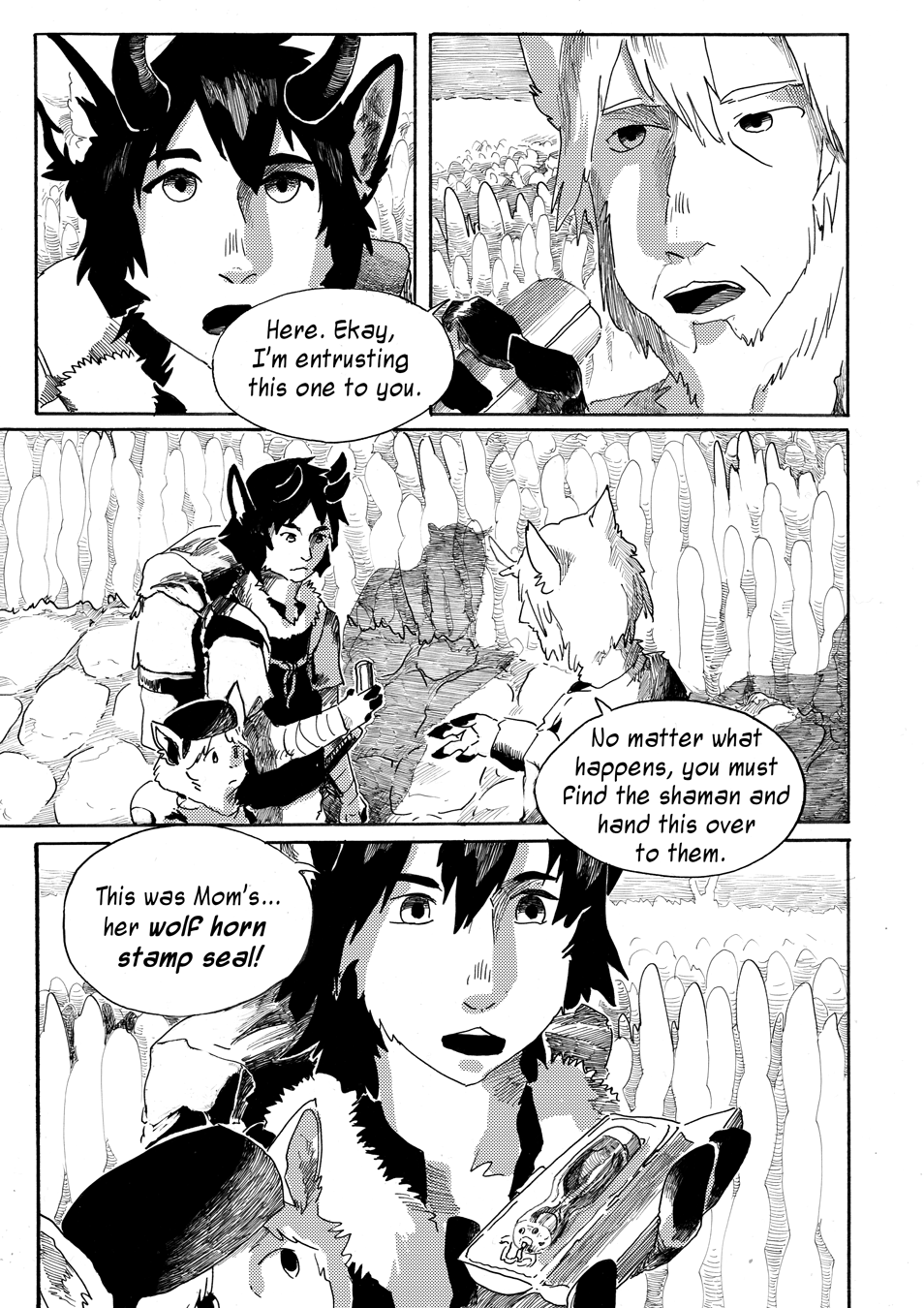 Ekay’s father holds a stamp seal, handing it to Ekay. This is a relic (heirloom, artifact, masterpiece) of his mother’s handiwork. The seal is carved from a T-Associator wolf’s horn, making it a very rare and treasured item.

The original species of Talyxian-Associator, also known as Tal’s “wolves”, is a sacred, holy animal, and is an object of faith and worship for traditional Northern people. The mentioned “horn” of the wolf refers to their mouth fangs. While “fang” is the name a sergals give this body part, agudners refer to it as a “horn”.