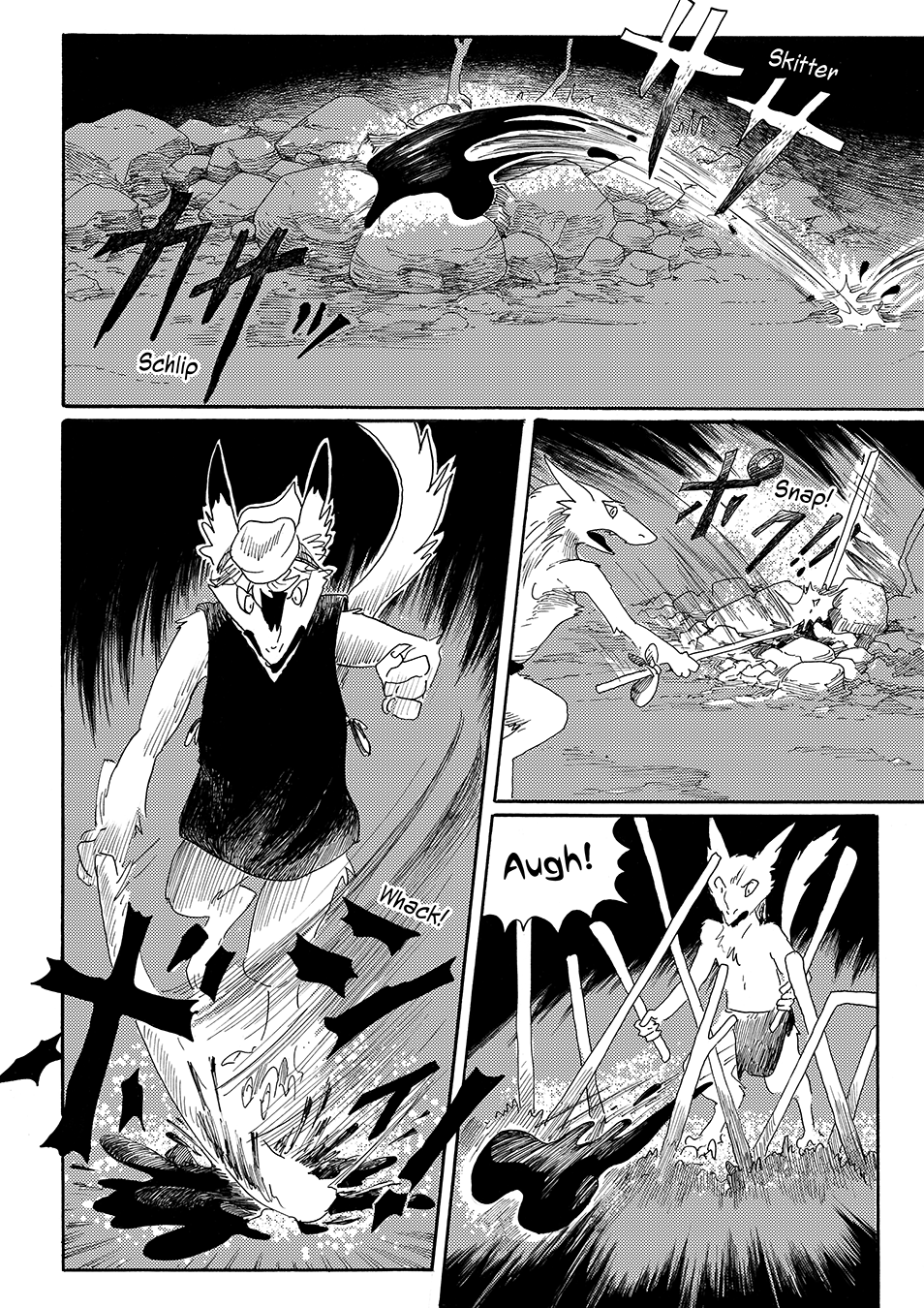 After the monsters split off into three separate entities, three sergal children — including Ekay’s talkative guide — gave chase to finish them off.

Fortunately, with a deft swing of their staff, a third sergal child known as “Black-ears” successfully dispatches their quarry. One down, two to go.