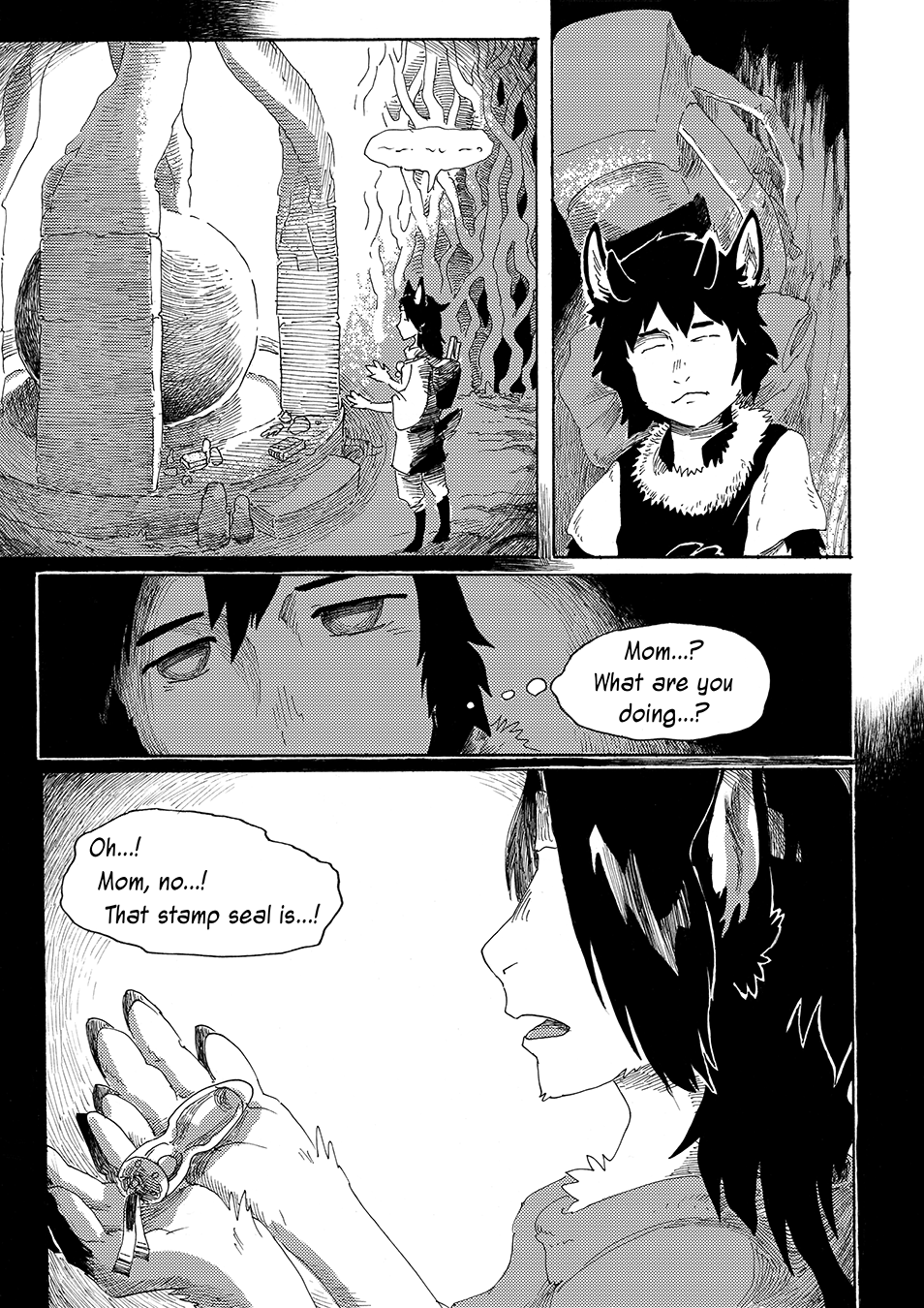 Ekay has fallen into a deep dream state, wherein he sees a mysterious shrine-like structure and a female agudner standing before it. This woman is revealed to be none other than Ekay’s mother. Her physical appearance was only shown in brief reminiscence on page 7 of the current episode.

Keen readers might remember about the wolf horn stamp seal, a relic (often described as an heirloom, artifact and or a masterpiece of craftsmanship) of his mother’s own handiwork, which was shown earlier on page 22. This is a very rare and treasured item which holds a special spiritual significance since it is crafted from sacred Talyxian wolf body parts.

It seems that Ekay’s mother is performing some sort of mysterious ritual in front of the enigmatic structure, but why is Ekay trying to keep her at bay from this act? Let us wait until the next page and find out~!