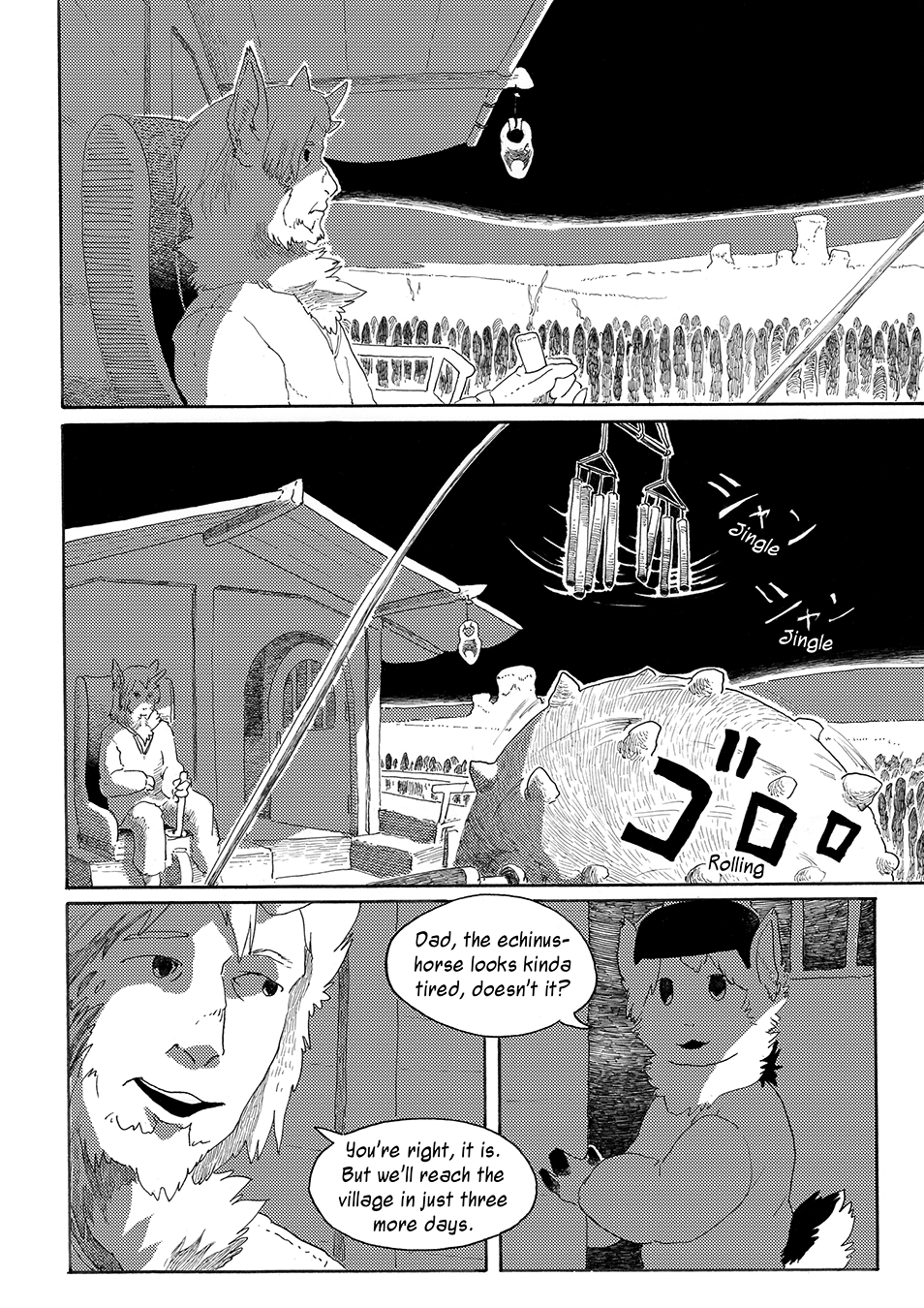 Pekk and Ekay’s father is driving the carriage. The creature pulling them is known as an “urchin cow” — a type of talyxian that is used in a similar function to talyxian cattle. As its name suggests, they have round, thorny bodies that are similar to the real-life Earth sea urchins. Note: this creature was previously known as “echinus-horse”. Its name and lore has been updated.

T-urchin cattle move by rolling like a ball, and their reins are set on both sides of their body, similar to their equine cousins. Wild specimens of this creature have longer spines, while the domesticated variety are trimmed down to make them less dangerous.

Pekk observes their urchin cow is growing weary and kindly mentions it to his father. Being a good rider, his father has also noticed this, and reassures Pekk that their journey won’t be too much longer.