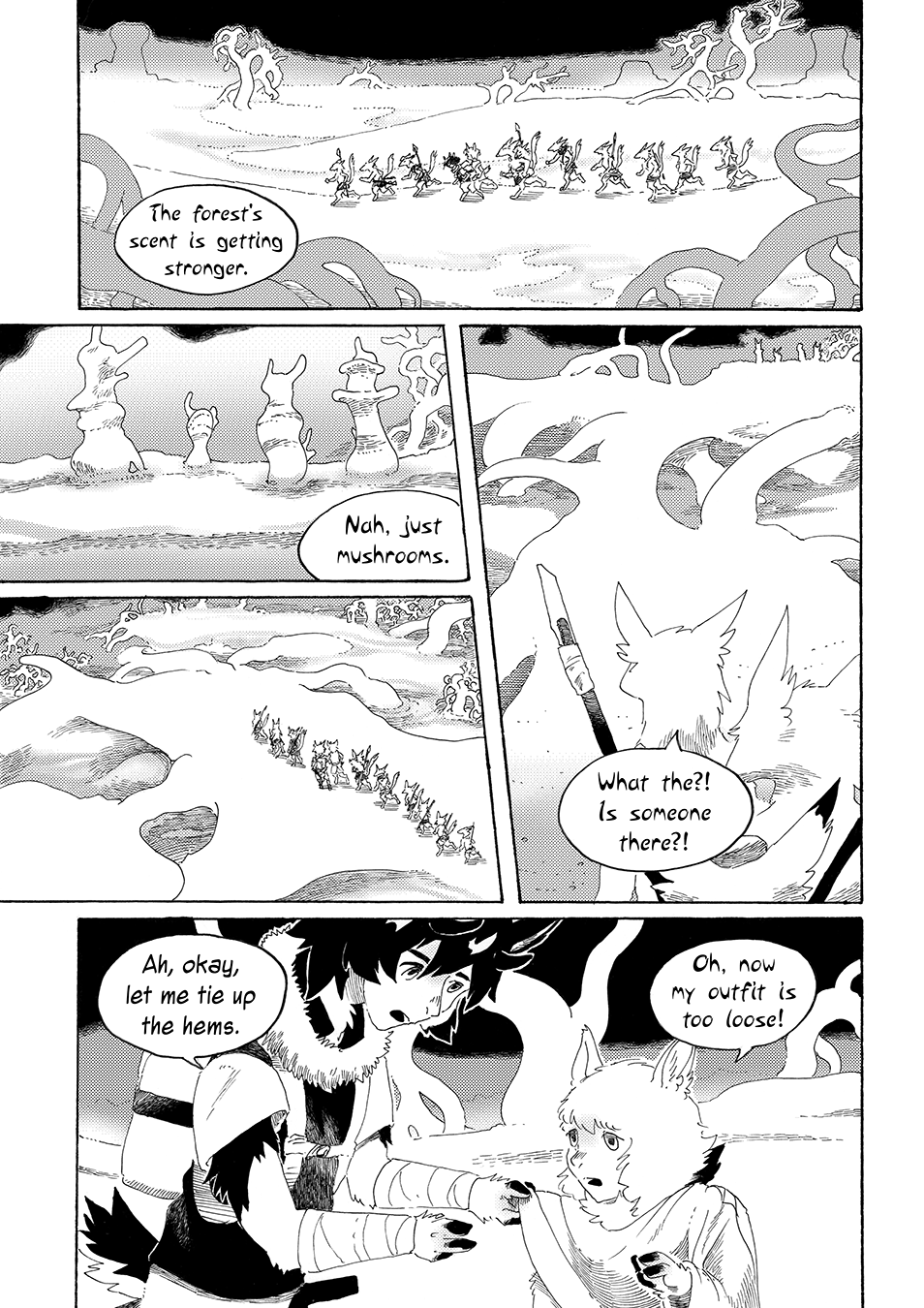 As the twelve plainswalkers continue their trek, one of them comments that the alien odor of miasma from Hexnose Forest is becoming stronger. This indicates that they have crossed into the deeper parts of the forest.

As the miasma begins to take its toll on the group, their perception of the world begins to become impaired. For instance, Little Chatter noticed some strange figures in the distance and at first thought they were people! But, it was soon determined that they were just mushrooms, and they continue their march.

Meanwhile, the strange phenomenon of Pekk’s size happened again. While he was large with full horns a moment ago, Pekk’s body is once again smaller and his horns have vanished. Because to this, his new outfit is now too loose for his shorter stature. Ekay tries to tie up his hems to compensate for the size change.