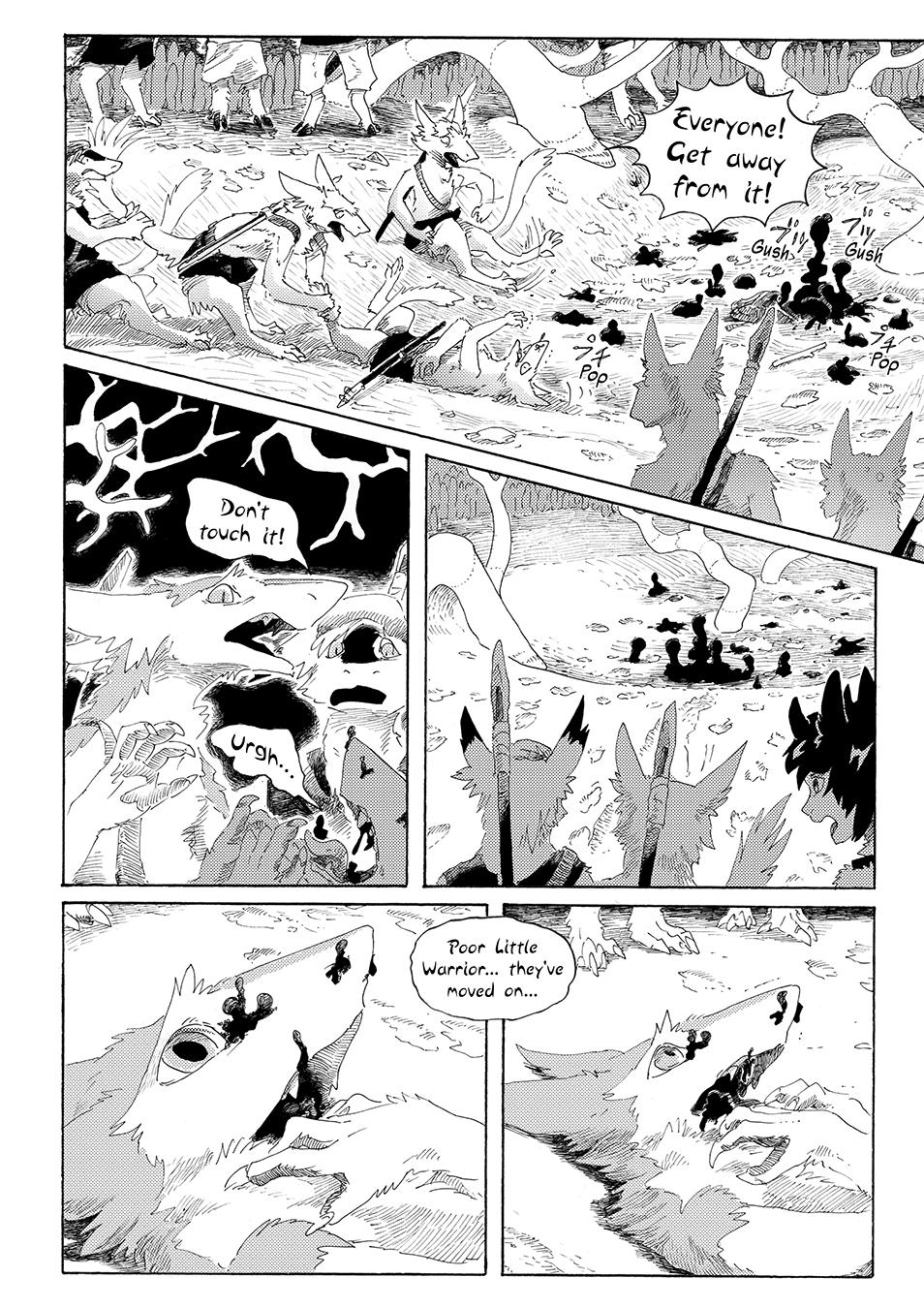 The tribe members back away quickly from the fake moles as a couple members try to rescue an incapacitated Little Warrior by dragging them away. However, Little Black-ears repeats the warning for everyone to keep their distance and refrain from touching any of the fake moles — including Little Warrior, who is now contaminated.