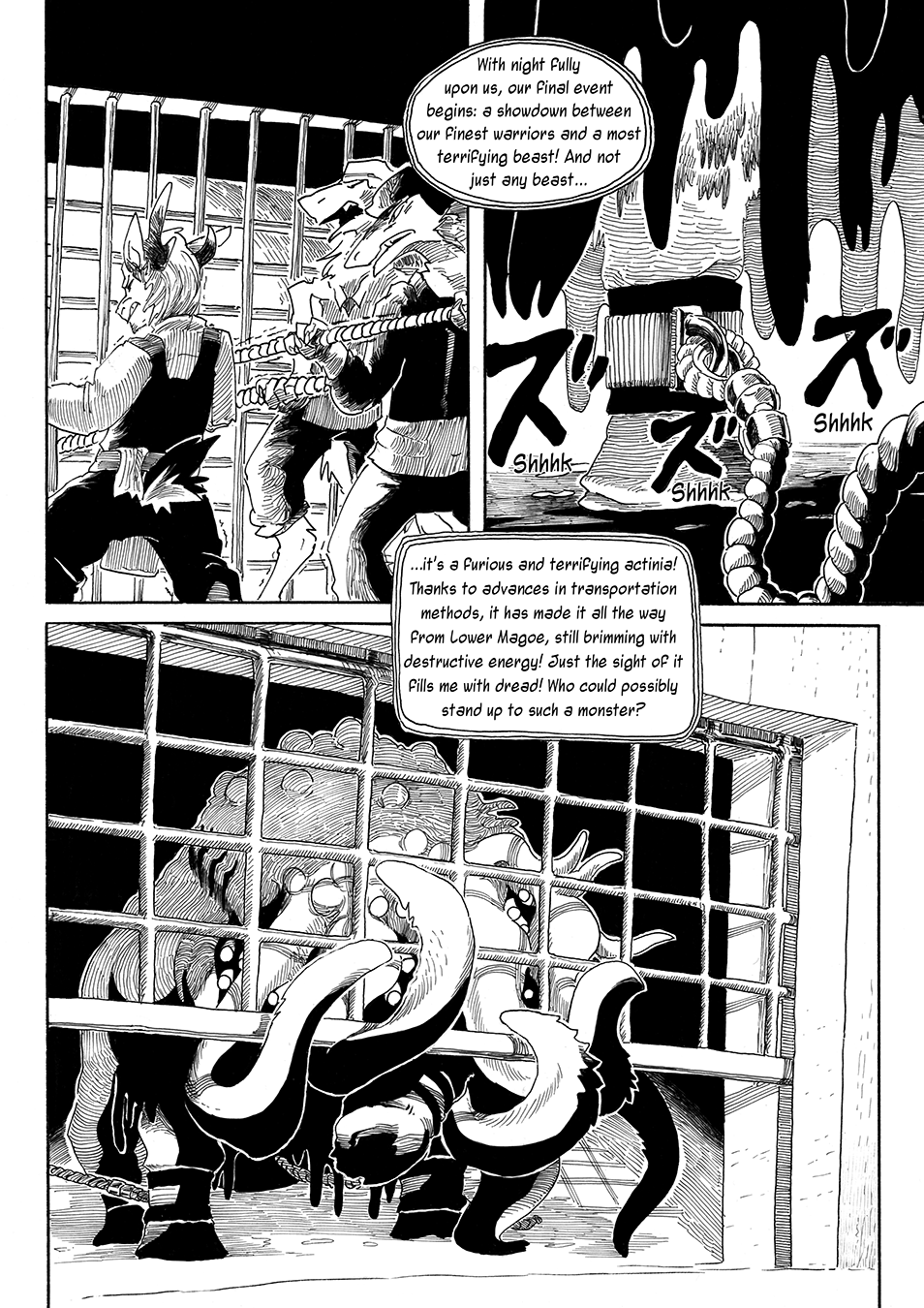 As night falls, the food show and its entertainers have finished their cooking and consuming demonstrations. They have since cleared out, leaving the arena empty and ready the final event of the festival is about to begin!

The final talyxian challenger has been revealed to the audience as the actinia! As the announcer explains, there have been several recent advancements in transportation technologies. This has allowed for the handlers to transport this monstrous creature from its home of the Lower Magoe area while keeping it healthy and free from exhaustion. This should offer a greater challenge for the valiant warriors chosen to square off against this great beast — and in turn, a more exciting show for the audience to enjoy!

Meanwhile, backstage workers struggle to hold the actinia back as its enclosure gate is raised by arena staff. As the gate opens wider, we can see it grasping at the bars with its many appendages, eager to escape into the open arena and wreak havoc.