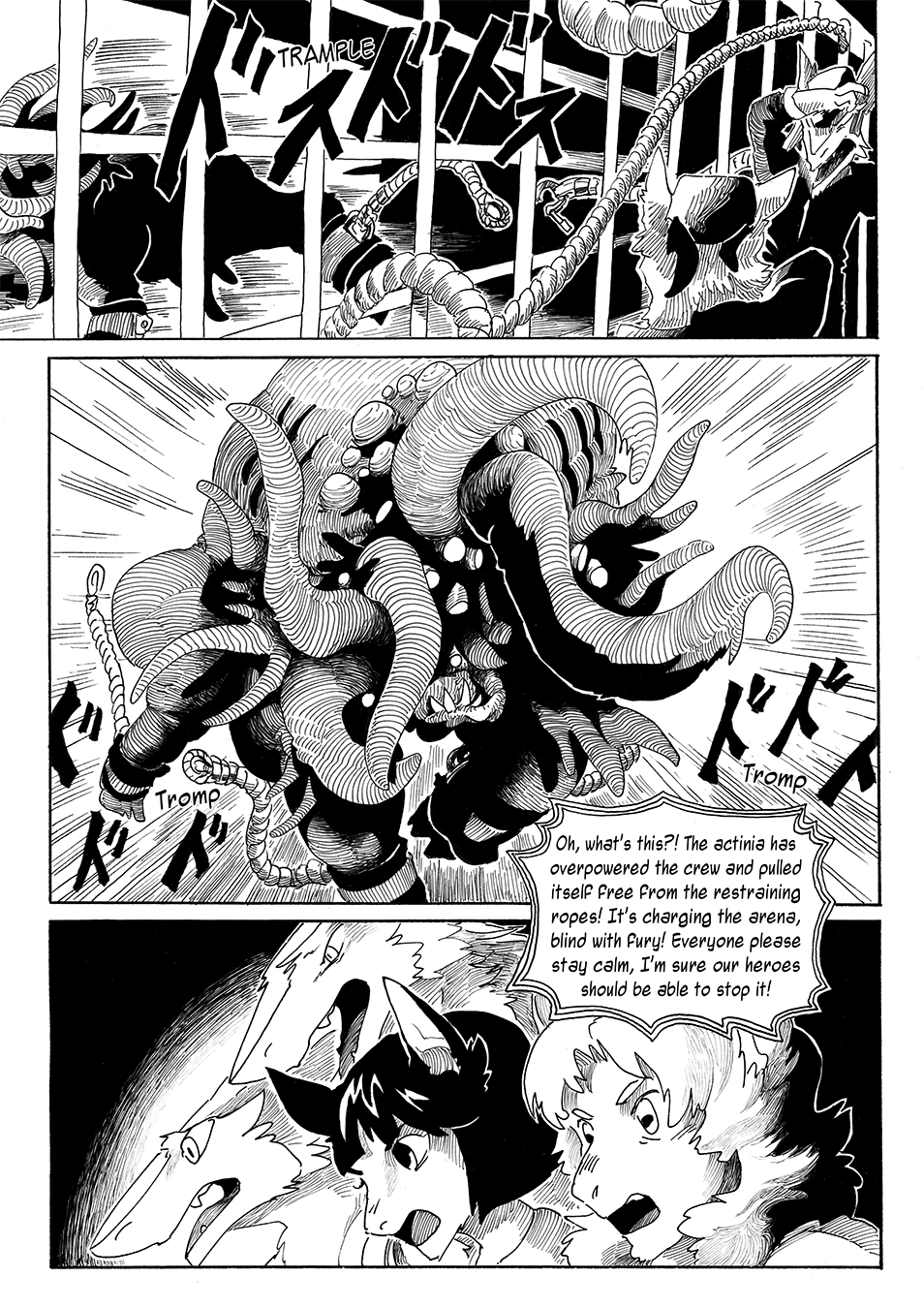 The cage gate holding the actinia at bay is now fully raised. The only final thing that was holding it back was a series of restraining ropes that the sergal and agudner crew were desperately trying to grip. While it was originally intended to keep the beast held back a little while longer for dramatic effect, the actinia had other plans.

Overpowering the poor crew, the actinia ripped free of their grasp, breaking loose its bindings and charging out into the arena. Completely overtaken by fury from being imprisoned for so long, its rage takes both the announcer and the audience by surprise and horror. Even the announcer, who has seen many arena battles in the past, has become concerned.

Will the brave arena warriors be able to handle such an overwhelmingly dangerous menace? Or have they gotten in over their heads with this oversized nightmare? And what of the audience themselves? Truly nobody is safe until this beast lies slain.