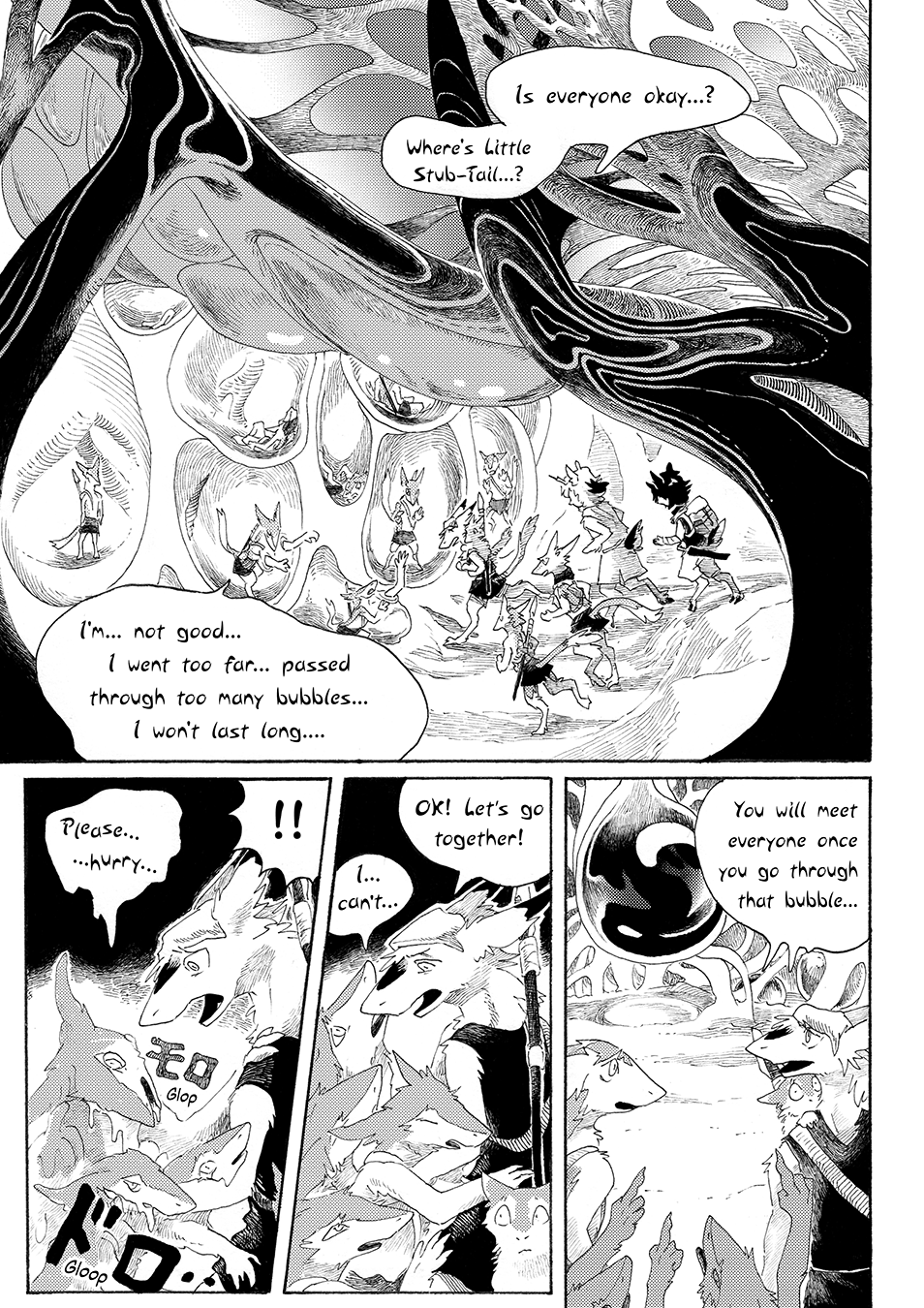 Multiple Little Chatters begin to slowly emerge from the cluster of bubbles. They speak in unison with a weak voice, while pointing to a large ominous bubble. It appears that it is the main gate in the Forest Navel.

Little Black-Ears implores the group of Little Chatters to come join them and all together, but one of them replies that sadly they are cannot go with them, and urges them to hurry on without them. With their final ounce of energy exhausted, their bodies collapse and begin to melt away, much to the horror of everyone else.

The bubble gates of the Hexnose Forest were introduced and explained earlier in the episode. Normally they are safe enough to step through. However, when Little Chatter tried to squeeze past bubble gates that were close together, they touched multiple gates at once. Thus, their physical existence was sent to multiple other locations at once, effectively multiplying them.

However, this phenomenon can only multiply the physical form of a being, allowing multiple instances of the same body to step out into the same dimension. However, this effect does not apply to a person’s soul. No matter how many times the body is multiplied and iterated within base reality, there is only one, indivisible soul to be shared between them.

Thus, Little Chatter suffers a grueling fate. With only a single soul that is unable to support all of their bodies, once they cross the threshold of the bubbles, their bodies cannot continue to be sustained in reality. And thus, they begin to rapidly collapse and dissolve.