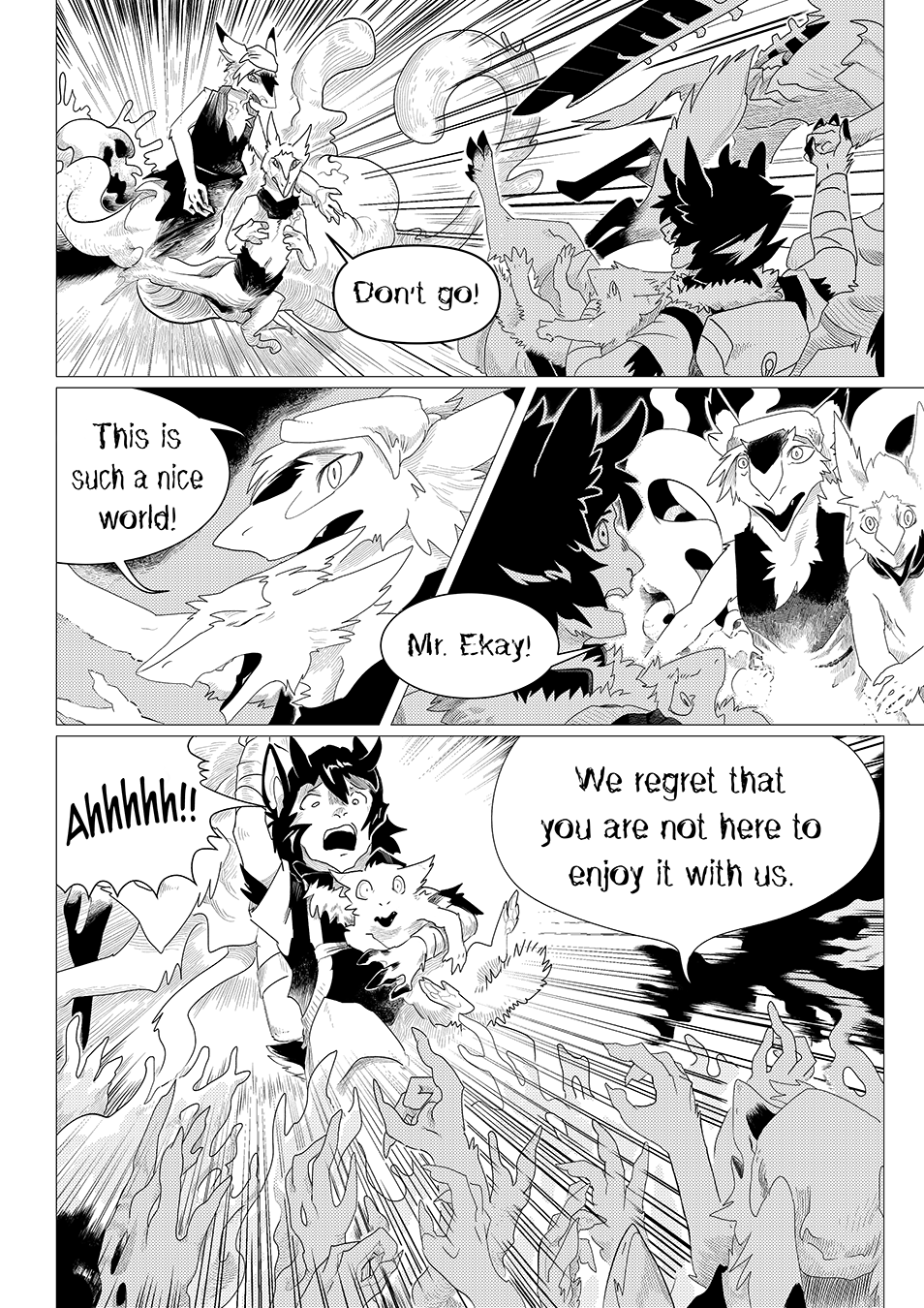 Next comic page is scheduled to release on May 22!

As the two survivors are being tugged away, their former friends join the chase in what appears to be a massive, rapidly-expanding fleshy conglomerate. Little Black-Ears and Little Weaver both shout out in unison after Ekay, urging him to reconsider joining them in this glorious new world.

Mere moments later, the fleshy masses surround Little Black-Ears and Little Weaver, carrying them closer and closer to Ekay and splintering apart to rapidly form reaching tentacles. The appendages branch out separately, some of which form into arms and hands in order to attempt and grasp at Ekay. The two former Eltus state that Ekay’s reluctance to join them is a shame and insist that he join them.

Unable to do much but scream, Ekay is still holding onto the unknown Sergal’s hand, all the while keeping Fuzzball safely in his grasp.