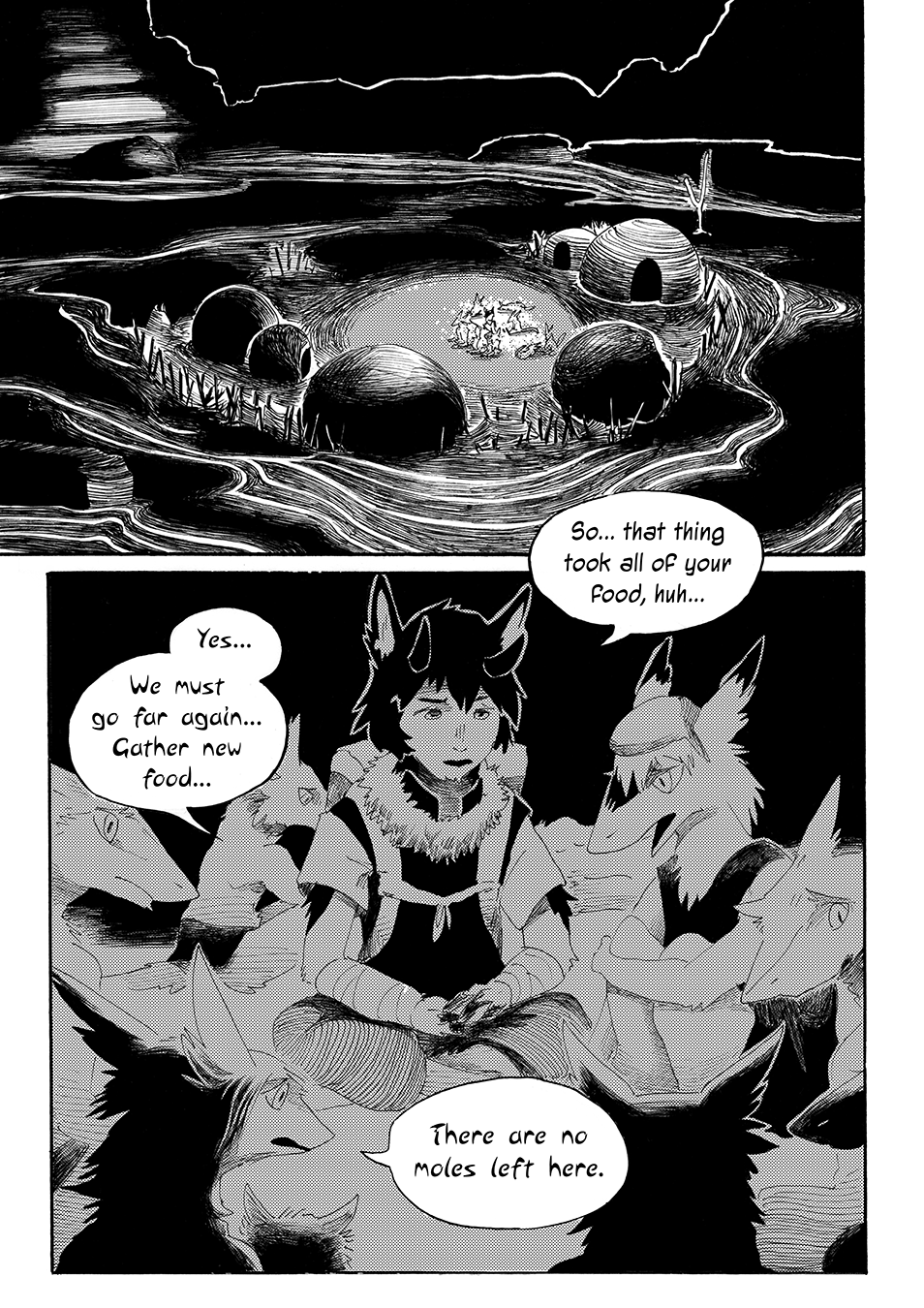 Night has fallen on the Mole-Digger tribe’s village. All of the children have gathered together, forming a circle. Ekay joins them, where they lament to him about their tremendous loss of food from their makeshift granary storage.

Today, another sergal’s name and occupation is revealed! The sergal who mentions that the nearby area has been exhausted of moles is called “Oracle”. Her entire coat of fur is fully white, and she keeps her mane hair long. Her primary role in the tribe is keeping track of any strange and mysterious events the tribe experiences within the Talyxian forest biome. She is also the mother of the smallest and fluffiest child in the tribe. Her role and ability is similar to sergal shamans, however without formal training her capability pales to that of a true mature shaman.

People like Oracle have the potential to become fully fledged shamans, but to attain this prestigious rank requires some things that many Sieg clan tribes simply do not have access to due to their remote locations. The first prerequisite required is an official Stamp Seal that represents proof of their capability and training, with the second being an aptitude for fluent speech and a high vocabulary. Lacking these, would-be practicers will only be recognized as “The Wordless” by mature, refined shamans.

The Wordless are not considered objectively capable individuals, as their unstable ability and lack of training may potentially cause dangerous and unexpected incidents. However, among the Sieg clans that lack access to proper shamans, people will still rely on The Wordless as an alternative to Shamans, despite their misgivings and lackluster abilities.